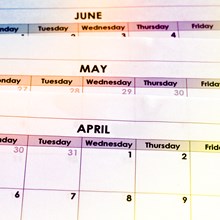 Small-groups based on topic or affinity—and a time limit—are an attractive option for some.
Mark Ingmire
expand

There are many categories of small groups: Bible study, fellowship, support, affinity, life stage, and more. Regardless of focus, though, there are only two types of groups: short-term and long-term. Which type works best for your church?

Recruiting Leaders Without a Church-Wide Campaign

The elements of story can help you uncover important details about the people in your group.
Jon Noto
Article

What Makes a Successful First Meeting?

Kick off your small group by focusing on three keys.
Carter Moss