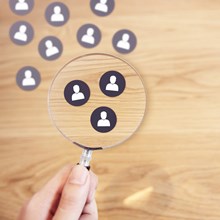 Note: This article is excerpted from our resource, Recruiting Leaders Without a Church-Wide Campaign.

Paul succinctly details the character traits required for leadership: “Above reproach…respectable…having a good reputation…upright…holy…having a clear conscience… blameless…” (1 Tim. 3:2, 7–9; Titus 1:6–8). Of course, this doesn’t mean the leader must be sinless—that would make Jesus the only qualified small-group leader!—but it does speak to the importance of character as a primary consideration for identifying leaders.

A small-group leader with a good reputation, whose character is above reproach, is one whom small-group members will want to follow—and one whom they will benefit from following. Paul told the Philippians, “Join together in following my example, brothers and sisters, and just as you have us as a model, keep your eyes on those who live as we do” (Phil. 3:17). Again, Paul instructs, “Whatever you have learned or received or heard from me, or seen in me—put it into practice” (Phil. 4:9). As we evaluate potential small-group leaders, one question to consider is, “Would I want the members of this person’s small group to follow their example?”

As part of the fruit of the Spirit (Gal. 5:22–23), self-control is an important characteristic for all believers, but especially key for leaders. Small-group members will tend to follow the example of their leaders, and leaders who lacks self-control will not set a godly example. Also, leaders who lacks discipline cannot be counted on to prepare well for small-group meetings—whether in preparing the Bible study, planning logistics, or maintaining healthy relationships with members.

Gentleness—another aspect of fruit of the Spirit—enables small-group leaders to relate to members and to build relationships, and Paul specifically names this trait (1 Tim. 3:3–4; Titus 1:7). The leader who is overbearing and quarrelsome shows disrespect for group members—and they quickly recognize it. This type of leader insists only on their interpretation, discourages members from expressing differing thoughts, and reduces what should be engaging group discussion to nothing more than a lecture.

By contrast, a leader who is gentle and humble honors small-group members—respecting their opinions and encouraging discussion. Paul calls us to value others above ourselves in humility (Phil. 2:3). The leader who is able to communicate to group members that their contributions are valued—whether in Bible study discussion or elsewhere—inspires commitment within the group and encourages spiritual growth.

The leader who is able to avoid quarrels and who can gently guide a discussion is in a good position to help group members work through differences of opinion or interpretation, which will inevitably arise. The leader should be sensitive to unimportant discussion topics and keep the conversation on track, rather than promoting arguments about trivial matters (Titus 3:9).

The leader must have their heart and their treasure in the right place (Matt. 6:19–21). One who seeks leadership for the wrong motives—whatever they may be—will not put the needs and growth of the group’s members first (1 Tim. 3:8; Titus 1:7–8). The sincere leader—the one seeking to lead in order to serve—has the group members’ needs and their growth as a top priority.

Modern Western culture does not place the same strong emphasis on hospitality that Eastern culture did (and still does). Still, the leader needs to be in some sense a “people person” and hospitable, able to relate to small-group members (1 Tim. 3:2; Titus 1:8). This doesn’t mean the leader must be an extrovert or constantly engage in social outings. The leader, however, should have a concern for others and a desire to meet their needs (Phil. 2). The hospitable person has a heart of servanthood, wanting to make guests comfortable, and to create an environment in which group members will grow spiritually.

The servant leader goes beyond meeting needs that have been identified—the truly hospitable leader anticipates the needs of group members and works to meet those needs. Group members respond positively to this type of leader, and are more likely to follow the established example, meeting each other’s needs as the early church did (Acts 2:44–45; 4:32–37). The group leader cannot command this type of servanthood—it must be exemplified in his or her life and leadership.

Faithful to the Word

The leader needs to be sound—and continually growing—in the Word of God, keeping “hold of the deep truths of the faith” (1 Tim. 3:9; Titus 1:9). This will benefit the group in two specific ways. First, the leader will be able to encourage group members using God’s Word without misleading them by taking Scripture out of context. By “correctly handling the word of truth” (2 Tim. 2:15), the leader can help group members navigate the difficulties of life.

Second, the leader who is grounded in the Word will be able to refute false teachings. Paul specifically mentions teachers who claimed the Resurrection had already taken place, and who were discouraging the faith of the believers (1 Tim. 6:20–21; 2 Tim. 2:16–18). As with all of these characteristics, knowledge of the Word—and wisdom in applying it—is a journey in which we are all constantly growing. The important value here is that potential small-group leaders understand and believe firmly in the foundational doctrines of the Word.

When I was a small-group leader at an Urbana missions conference one year, we were warned in an early morning leaders’ meeting about a cult group on campus teaching baptismal regeneration—the idea that baptism, and only baptism—brings salvation. Our coaches showed us in Scripture the error of this doctrine, and prepared us to address any questions our group members might have after an encounter with one of the cult members. By grounding us in the Word, our coaches equipped us to protect our group members from being led astray by false doctrine.

Some doctrinal challenges may even come from within the small group, which are often comprised of members from different theological backgrounds, including people who may have unbiblical beliefs on one topic or another. The leader needs to be grounded firmly in the Word to both recognize and refute false doctrine, while also having the tact to keep such a debate from splitting a group.

In most cases, a small-group leader should not be a brand new believer (1 Tim. 3:6, 10). They may or may not have previous small-group leadership experience, and they don’t necessarily need to be “grizzled veterans of the faith,” but they should have some experience with living the Christian life before being placed in a position to lead others.

Strong knowledge of the Word and a life being transformed by the Holy Spirit are character qualities consistent with Christ living inside the believer, and imply a certain period of having been a disciple. No matter the desire, these traits won’t come overnight to new believers.

A new believer faces additional obstacles in leading a small group compared to someone who has been following Christ for a period of time. For instance, they may not recognize false teaching or destructive speech or behavior patterns within the group. They may not understand the importance of unity, or the priority of listening over speaking. Without these underpinnings, the leader may not be equipped to protect the group from the different difficulties they may face, bringing unintended harm to both the leader and the group.

Finally, Paul recommends a leader be tested first. In the world of small groups, the best way to accomplish this is through a good apprenticeship program—pairing potential leaders with experienced leaders to help prepare them. A potential who has never been in a good small group also needs the experience of being a member of such a group before attempting to lead one.

We need to keep in mind that potential small-group leaders are—just like the rest of us—works in progress. No candidate is going to meet every possible qualification. We all have our weaknesses and blind spots. Beware the group leader candidate who doesn’t communicate any weaknesses or areas of sin—such a person is either not giving God room to search their heart and reveal sinfulness, or is lying to themselves and to God (Ps. 139:23–24; 1 John 1:8–10).

Identifying good small-group leaders is not an exercise in trying to find the perfect candidates. Instead, it’s a process of identifying believers with certain basic qualifications, and then creating an environment that encourages further growth. A key ingredient to the success of our small-group leaders—both current and future—is our ability to provide ongoing training, fellowship, accountability, and support.

That said, starting with leaders who meet the biblical standards we’ve discussed maximizes their chances for success in leading their groups, encourages both commitment and growth in small-group members, and keeps a small-group ministry on track for fruitfulness.

We would be remiss not to conclude with the priority of prayer. Prior to choosing the apostles, Jesus spent an entire night in prayer. The Son of God—who knew men’s hearts better than anyone—spent a whole night communing with the Father over who would form the foundation of the church (Luke 6:12–16). Applications, interviews, and qualifications are important—but above all, seek and discern God’s will through prayer.