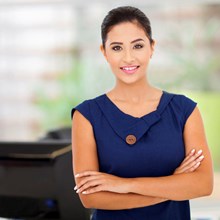 Editor's Note: Think you have no power to change these statistics? Think again. As leaders in small-group ministry—whether you're a group leader, coach, director, or pastor—we all have a role to play in helping to identify, develop, and support women in small-group ministry. We should constantly be asking God who in our midst has leadership potential and working to develop the people he puts on our hearts and minds. The more we personally identify women with leadership skills, the more we suggest women for the role of coach or director, and the more we ourselves are willing to develop the capable women leaders around us, the more we'll see this trend begin to shift—and that benefits us all.

Roughly 1 in 3 of all MDiv students is female, according to The Association of Theological Schools. This trend spans back several years. And yet, as Barna reported, less than 10 percent of all lead pastors are women. Of course, women lead in various ministries apart from the role of senior pastor. Even so, the trend of men outnumbering women in official church leadership roles holds across church leadership, including the role of small-group pastor.

Though women are at the helm of many small groups, it's rare to find a woman appointed as small-group pastor. But why is this the case? Through the research I've conducted with women around the globe, I believe there are two reasons behind the lack of female leaders we see for these ministries.

Supported in Theory, But Not in Practice

The most obvious reason for a dearth of female small-group pastors and directors among a surplus of women small-group leaders is simply that they're not being selected for the job. This occurs often in churches that support women in theory but not in practice.

Officially, on paper, churches may support women leaders but fail to fill official leadership roles with gifted women. Many churches in the U.S. and around the world have come a long way by changing their official position on women leaders, but this needs to be followed up by proactive decisions to identify and train women for leadership roles.

For example, all of the churches I have attended in my adult life are theologically conservative churches who say they support women leaders—but the first time I preached from the pulpit on a Sunday morning was half a world away in New Zealand. Plus, aside from one church I attended early in my seminary career, I've never seen another woman preach. Just like it's difficult to find a female small-group pastor, it's still far too rare to see a woman preach the Word of God on a Sunday morning, especially in theologically conservative churches.

We unintentionally silence all the women in our churches when we fail to put women in leadership roles. As a seminary professor who has taught hundreds of young and aspiring pastors over the years, I know that part of the issue is simply busyness. Pastors have many competing demands on their time, and though they fully believe in supporting women in this way, more immediate demands consume their time, the issue moves to the back burner, and women don't bring it up for fear of being seen as arrogant or demanding.

If we support the giftedness of women leaders in theory, we must also be committed to follow through and support them in practice. Churches either believe the spiritual gifts aren't gendered or they don't. If they believe God gifts women to lead, they have a moral imperative to steward the spiritual resources of their congregation as well as they would the financial resources, regardless of how busy they are or how some older members might feel about it. There are wise ways to slowly incorporate this change, but it's a change that must be a priority.

While it may be true that women simply aren't being selected for the position of small-group pastor, it's also true that women aren't putting themselves forward for the position. A few years ago, internal research at Hewlett Packard revealed that women only applied for a promotion if they believed they had 100 percent of the listed qualifications; men applied when they believed they had 60 percent.

Some researchers attribute this to a crisis of confidence. "There is … a vast confidence gap that separates the sexes," write researchers Katty Kay and Claire Shipman. "Compared with men, women don't consider themselves as ready for promotions, they predict they'll do worse on tests, and they generally underestimate their abilities." Kay and Shipman may be on to something—perhaps a lack of confidence is the root cause for women failing to put themselves forward. But there may be other reasons as well.

Perhaps one reason is the competing demands on Western women. On one hand, women outearn men when it comes to obtaining college and graduate degrees. Since 1982, women have earned ten million more degrees than men. Yet, statistics show that despite these educational attainments, more women are choosing to stay home with young children.

These women are part of the first generation that was told from birth that the scope of their goals was broad, spacious, and limitless. They could do anything, be anything, and have it all. This is also the generation who discovered it wasn't so. The demands of family and a career are difficult, if not impossible, to manage. An investment in one sphere always means a deficit in the other, and rather than try to juggle both, many women are just opting out.

The lack of female leaders in small-group ministries is a deeply complex, multi-faceted issue that must be intentionally addressed by faith communities. Here are three important, proactive steps:

Clarify the Issue in Your Own Community

The first step is to discern what's happening in your faith community. How many female leaders are currently on staff? If there are few or none, clarify why that is the case. Is it the result of church policy on female leaders, simple oversight, lack of female talent, or some other reason? Acknowledging and clarifying the issue brings it to the forefront and provides an opportunity to advance the conversation about women serving in ministry.

The second step is to identify and support female leaders already in your faith community. When hiring a small-group pastor, consider female candidates. When identifying and developing lay leaders, consider women. If you're lacking female staff leaders, what women are serving as leaders in a lay capacity? How many women are serving as small-group leaders within your congregation? Identify those women and ask them how they think they can be supported in their role. Provide opportunities for training through conferences and webinars and connect them to resources on leadership development. If there are women leaders serving on staff, discern what can be done to support them in their role, such as professional training or seminary education.

Finally, the third step is to create visible, easily navigable avenues to leadership in your faith community. The path to leadership for women across cultures, across the globe, across industries, across denominations, and across individual faith communities is difficult—if not outright impossible—terrain to navigate. Many women aren't leading simply because they're not sure if leadership roles are open or possible for them. Once women are adequately represented on the staff and in lay leadership roles, your church can give women a vision for what God can do through their lives. And once they have a vision of what is possible, give women opportunities to develop their leadership. 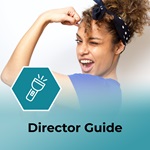