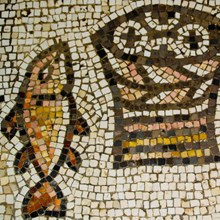 We often quote Acts 2 when we talk about the kind of small groups we want. We love the picture of community in Acts 2:42-47:

They devoted themselves to the apostles' teaching and to fellowship, to the breaking of bread and to prayer. Everyone was filled with awe at the many wonders and signs performed by the apostles. All the believers were together and had everything in common. They sold property and possessions to give to anyone who had need. Every day they continued to meet together in the temple courts. They broke bread in their homes and ate together with glad and sincere hearts, praising God and enjoying the favor of all the people. And the Lord added to their number daily those who were being saved.

Before we commit to forming small groups that look like the Acts 2 community, though, let's discover what that community was really like.

The Flame Spreads through Houses

After the Spirit descended at Pentecost, the disciples formed house churches, modeling the strategy of Jesus when he sent his own into homes (Luke 9:1-6; Matthew 10:1-16). House-based ministry was so common that throughout the book of Acts, every mention of a local church or church meeting, whether for worship or fellowship, is a reference to a church meeting in a home.

House churches played an essential role in the rapid growth and ultimate triumph of Christianity, and it's safe to say that the first three centuries belonged to the house-church movement. House-to-house ministry allowed the believers to challenge the social order of the day. They became witnesses—through their words, lives, and suffering. Because of their small size, house churches maintained a family-like atmosphere and practiced brotherly love in personal and effective ways.

Inside a New Testament House Church

What did they do in those early house churches? The activity was diverse and spontaneous but always centered on belief in the risen Jesus. We know they broke bread together, following their Master's instructions to remember his death and resurrection (e.g., Luke 22:7-38). Everyone brought food and shared it. We don't know for certain if they celebrated the Lord's Supper every time they met, but we do know it was very common.

Beyond sharing the Lord's Supper together, the agenda for house church meetings was flexible. Paul wrote to the house church in Colossae, "Let the word of Christ dwell in you richly as you teach and admonish one another with all wisdom, and as you sing psalms, hymns and spiritual songs with gratitude in your hearts to God" (Colossians 3:16). Paul wanted the house church believers to encourage one another, share transparently, and rejoice in God's goodness. The members enjoyed each other's presence, laughed together, and drew near to Jesus.

Robert Banks writes, "We find no suggestion that these meetings were conducted with the kind of solemnity and formality that surrounds most weekly Christian gatherings today." At the same time, they accomplished a lot. Most scholars agree that the early house churches emphasized the following elements:

Communicating information was another essential activity in the early house churches. News from visitors, letters that were passed from one city to another (e.g., Paul's letters, 2 and 3 John), warnings of persecution, and accounts of actual persecutions were all shared through the house churches. They also served as centers of social services for those members who were in need. Young widows and the poor looked to the house churches as a means of support.

The Size of the Early House Churches

Church historians agree that house churches could rarely have been more than 15 or 20 people—simply because they took place in small apartments. The vast majority of people, perhaps as many as 90 percent, lived in apartments of one or two rooms crowded above or behind shops. Once a house church grew larger than that, it multiplied by simply starting another house church nearby. If not, the growth immediately caused problems.

Normally a house church met in the largest room of a private home, usually the dining room. Most apartments shared a public courtyard with adjoining units, and families cooked in the courtyards. The dining room and courtyard provided space for teaching and preaching ministries, baptismal instruction, prayer meetings, the celebration of the Lord's Supper, and missional activities. Privacy was rare. Wayne Meeks writes that life happened in front of the neighbors. In our privatized world, it's hard to imagine what the early church experienced.

One of the major cultural gaps between then and now is the extended family, or the ancient oikos structure. Those who live in the Western world have a hard time imagining the New Testament culture in which it was normal to live with parents, relatives, servants, and other workers. We are accustomed to living in nuclear families—father, mother, and children. Yet, the ancient world didn't even have a way to express what we call the "nuclear family." We only find the word oikos, which means household, house, or extended family.

God used the oikos to extend the gospel throughout the Roman Empire. The early believers modeled transformed lives and distinct values that were often countercultural. Yet, in these crowded, urban environments, people were able to see Christianity up close. They heard and saw the testimonies of those transformed by the gospel, and they desired to experience Christ for themselves. Husbands loved wives, servants were treated with dignity, married partners submitted to one another, and love reigned supreme. Friends and neighbors were drawn to this new transformed community.

Those leaders were only later given titles. In 1 Thessalonians 5:12-13, Paul says, "Now we ask you, brothers, to respect those who work hard among you, who are over you in the Lord and who admonish you. Hold them in the highest regard in love because of their work." Paul is talking about house church leaders, but he didn't feel it was worth mentioning their exact title because they developed organically within the house-church structure.

Nowhere in the New Testament do we find a picture closely resembling any of the fully developed systems of today. Church government was not very highly developed, and local congregations were rather loosely knit groups. House churches in the New Testament existed side-by-side with other house churches. Individual believers and house churches considered themselves part of a greater citywide church. Church ministry was fluid and dynamic. Members were encouraged to experience their spiritual gifts for the common good of the body, and leaders operated as gifted men and women (Romans 12:6-8; 1 Corinthians 12:8-10, 27-28). This led to many opportunities for ordinary people to develop into leaders.

The Western world is so different than the world of the first century church. They lived in close quarters with their neighbors, while many today live in private homes with security fences. Their lifestyle centered on the home. We drive to work, go out to eat, and find friends and hobbies away from our neighborhoods. They relaxed primarily with others, talking over a meal. We relax alone, staring at television and computer screens. Though we live in different times and cultures, many timeless principles apply directly to our small-group ministries:

God is calling the church today to journey back in time to apply the values and ministry practices found in the New Testament. While house-to-house ministry might look different today, many of the same principles apply and will help us do a better job of making disciples who make disciples through small-group ministry.