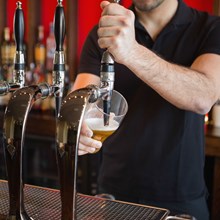 My Small Group Meets in a Bar

Imagine walking into your local bar one night to meet some friends. You overhear a group of tough-looking men who, between sips of beer, begin sharing how God is moving in their lives, opening up, and asking for prayer while munching on bar food.

That's exactly the type of vision that led Flo Gutierrez and Mike Ramirez to start their small group four years ago. Their decision to meet in a bar, instead of a home or a church, has widened the group of those who are willing to attend. Men who rarely step foot in a church spend their Tuesday nights in a bar in Aurora, Illinois, sharing their hearts, and growing together in biblical knowledge.

I sat down with Flo and Mike to talk about the impact their group has had, and why they refuse to use normal small-group material.

How did your small group start?

Flo and I had decided that we wanted to try something different. We had each been part of and had led countless traditional groups. We loved those groups, but we knew that there was a large swath of the population, mainly guys, who would never step foot into some stranger's house and do a traditional small group. Thus, our group was born.

Why did you decide to host your group outside of a church?

Simply put, that's where most guys are. That's not to say "church guys" aren't welcome, but there are so many men who are spiritually-connected to God but don't connect through Sunday services or a traditional Bible study, who need a place to come together and grow in God's Word

What was the philosophy behind meeting in a bar?

It's the atmosphere of a bar—it makes people feel more comfortable. There's never any awkwardness for new guys who come, and it takes the pressure off of needing to say something deep. Meeting in a bar makes it more comfortable to just show up. Plus, we all love beer.

What curriculum do you use in your small group?

We don't use any materials in our group, and probably never will. The group is atypical in that there isn't a strong commitment to come each week. We just send out a text to everyone and if you can make it, great. If not, that's no big deal.

After about the first year, Flo and I were worried that this was just becoming a social group—a place for guys to come and hang out and vent—and we had this instinctive reflex to try and make it more defined.

But after a couple of weeks we came to the realization that there really isn't anything wrong with a lack of structure. In fact, that sense of fluidity is what is so attractive for many of the guys who come. Everyone is busy, and we didn't want this to be yet another commitment that weighed people down.

Do you have regular attenders?

There are about six or seven of us who are there most weeks. But that said, even the guys who show up every once in a while seem like brothers to us.

How have you seen God show up in your group?

Well, first of all, you should know that we're pretty serious about confidentiality at group. But I can honestly say that just about every guy who has come more than a handful of times has emptied his heart on the table. Discussions don't always go deep, but when it does it's usually a deluge from men who admittedly never open up to other people. For us, that's where God is at work. We provide a medium for anyone to come and share and the results have truly been amazing. God's goodness is shown through the true joy that so many guys receive from coming together to meet on Tuesday nights.

We have a lot of men in our group who are going through some serious trials in life, and it's through the grace of God that they have a place to come and share and ask for prayer. This is a situation they only have because we're meeting in a way that makes them comfortable.

What have you learned over your four years doing this?

I've learned that my assumptions about people are almost always wrong. There have been so many people who come to our group who I've seen at church. After really getting to know them, I realize I was way off on my estimation of who they are. You never really know someone until you take the time together to get to know each other, and our small group has been a great facilitator for that.

Why do you think your small group has been so effective?

There is a true freedom of speech in our group. Almost nothing is off limits in terms of the discussion, and there is genuinely no judgment from others. The guys know they can say or bring up just about anything, and they don't need to feel awkward about it.

Do you have any advice for new small-group leaders looking to meet in unique locations?

Find a place you enjoy and go from there. Odds are, there are others who enjoy the same thing!

—Ashley Emmert is a writer and editor. You can find her at ashleygraceemmert.blogspot.com or on Twitter at @ashgemmert. 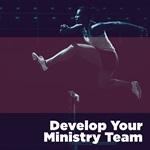 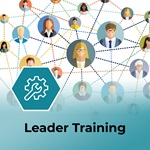 My Small Group Meets in a Bar