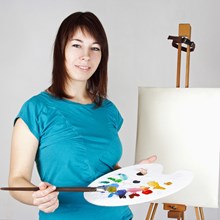 Starting Over from Scratch

How we relaunched our small-group ministry
Phil Kendon
expand

An artist can modify a painting many times over, tweaking and changing, adding a different color here or a different texture there. But a painting can only be adjusted so much before it becomes necessary to start on a blank canvas. A fresh canvas allows you to consider again the picture you're trying to create and to begin to produce that creation without any interference from what has gone before.

Likewise, an engineering team can tweak a particular model car, making improvement after improvement and building on the basic structure that has been previously created. But there comes a time when the engineers have to come up with a new model, a new base design in order to make further progress in efficiency and design.

We've been doing small groups at our church for a number of years. We call them Life Groups. We have tweaked our model, making some minor changes, and building on what has gone before. But a few years ago we began thinking about what we would do if we were starting Life Groups from scratch. How would we build them? What kinds of things would we say to the church about what Life Groups are and why we believe in them? What expectations would we have for leaders and group members?

A Hard Look at Life Groups

For the first time, we were considering whether our groups were as effective as we'd like them to be. We began to wrestle with whether what we'd been doing was actually seeing genuine spiritual growth or if it had simply become familiar. It reminds me of when the Israelites had to come to terms with the fact that the existence of the temple in their national culture did not necessarily translate into true spirituality (see Jeremiah 7). The existence of our small-group ministry wasn't translating to real growth. We felt compelled to stop and examine our structure, and we started asking what we call "If you truly" questions. Asking these tough questions, we began examining every part of our Life Groups.

One of the first questions we asked was, "Do group members truly have an expectation of being transformed and growing in maturity and faith in the context of a life group?" Expectation is a great word because it implies that we are actively looking for it, that we're confident that it will happen, and that we're not satisfied to remain as we are. It implies a hope for the future. It implies that we are on a journey, and that we are moving toward something—that we're not stuck.

One of the patterns of thinking that is so prevalent in the world that we live in is the pattern of consumerism. The idea that I am a customer and I evaluate my experience of different organizations, schools, churches, and even Life Groups by what I am going to get out of it. In other words, I ask, "In what way will my life benefit from the participation in a Life Group?" Group members want to know if they'll be cared for, if they'll receive real help if they lose a job, if they'll be prayed for. But the “If you truly” questions are:

One of the great expectations of the New Testament is that all believers have and should be using their spiritual gifts for the building of the body. We often say that small groups are a great environment to exercise the gifts of the Spirit—to explore what God has given each one and to encourage the development and growth of these gifts in our lives. The “If you truly” questions that come to mind to assess this area are:

Stretch Out to Cover the City

When we sat down to consider the health of the groups in the church, we weren’t happy with the results. The answers to the "If you truly" questions were often "no." An honest reflection on our ministry led to a picture of a tent that was not pulled taught, flapping in the wind. While we definitely had some positives in our Life Groups, we weren't stretching ourselves over the city as effectively as we could (Isaiah 54:1–3). Some groups were too large, and others too small. Some were too familiar with each other relationally, while others hardly really knew each other at all.

The first is to stretch our ministry across our city. We wanted to increase our physical presence across the city and the number of locations where people meet in homes. We wanted to lean into the tent imagery and help people across the city come under the shelter of a Life Group. We decided we needed to multiply groups so that we could have more "stakes" in the city on which to stretch the fabric of our tent further and further. But in order for fabric to truly stretch, we needed to strengthen those "stakes" more by helping those Life Groups become strong.

The second aspect of stretching is to stretch ourselves beyond our own comforts. All of us get comfortable with what's familiar. Very few of us love change, and yet to gain something better requires some risk, change, and willingness to let go of the familiar. We have to let faith and hope drive our decision rather than comfort and security. For our Life Group members, this included letting go of some familiar relationships in order to join a new group. It also meant intentionally making our groups more diverse so that group members can experience the richness of diversity.

After our evaluation, we knew we needed to relaunch our ministry, not simply tweak a few things. With consensus from the elders, we moved ahead with shutting down all our groups and starting over.

Our first step was to talk to our current leaders, about 150 people. We discussed how we felt our ministry was falling short, and we painted a new picture for them. We started by asking people to remember that there was a time that they were on the fringe, that they felt isolated and immature and unsure of themselves and other believers. We asked them to remember how excluded they felt from things and how much they felt like a stranger. We spoke about how huge a step it was the first time they visited someone else’s home and opened up their world to others in a more real and intimate way. We asked if they remembered if someone had invited them and how many times they visited a group before the finally felt like committing. And for those who had been walking with God for a long time, we asked them to think about those who are just coming to faith, how different they feel, and how big a hurdle it can be to get involved.

We tried to paint a picture of the leaders of the church all holding hands and loving each other, but then letting go of one another and moving out to the fringes. As they moved to the fringes, they grasped other hands and embraced other lives and stepped back into the center, but this time with many more people. The core becomes much bigger because we let go of what we have to reach those on the fringes and bring them in. Instead of holding each other and calling out to others to come and join us. We let go of each other and go to those on the fringe and join together with them to become the new core.

With this, the leaders seem to grasp the message of Ephesians 2:12–13: "Remember that at that time you were separate from Christ, excluded from citizenship in Israel and foreigners to the covenants of the promise, without hope and without God in the world. But now in Christ Jesus you who once were far away have been brought near by the blood of Christ."

Casting Vision to the Church

Next we needed to communicate to the rest of the church. We called meetings for everyone involved in small groups (500 people total), and we shared our new vision. We explained that this meant many of them would need to join different groups rather than stay where they were comfortable. While it was difficult for most to think about starting fresh with new people, most people were willing to try our new groups.

Then we started communicating to the entire church. We wanted to communicate our new vision and invite more people to join in. We had a special sermon series, shared testimonies, and even provided special small-group curriculum for existing groups to help them catch the new vision. We also asked for new leaders, and we had 14 new people interested.

After effectively sharing our vision and collecting sign ups, we officially closed all of our current groups and started assigning people to our new groups. We intentionally made the groups diverse and separated long-term group members. When we thought there might be an issue, we had one-on-one conversations to get buy-in.

Despite losing a few people with our new vision, we increased from 55 groups to 69 groups. In addition, we went from 500 involved to just under 700 involved, including 78 people who had never been in a group before.

It's been just over a year since we relaunched our groups, and we've settled into a new rhythm of Life Groups. It was not without its challenges—change never happens without some resistance. But I can honestly say that the Life Groups are healthier and have greater vision and faith because of the process of re-examining why we do what we do. It's our aim to keep the perspective that the win isn’t the existence of a small-group ministry, but rather the specific spiritual fruit that comes through the ministry that happens in small groups.

One of our biggest wins came when we received an e-mail from a group member who expressed a changed heart after the relaunch. He had openly opposed the new structure, but now he believes God placed him and his wife in their new group for a reason. They've been able to minister to some people who are new to our church. He now realizes that Life Groups are not so much about what we can get out of them but what we can bring to them. This is the kind of fruit we were hoping to see, and we now know our efforts to relaunch were worth it.

—Phil Kendon is a pastor at Red Point Church in Durban, South Africa.

Starting Over from Scratch