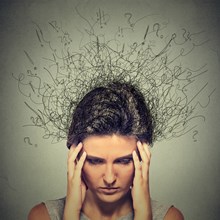 When putting others first comes from a God-centered motivation, it’s a beautiful outflow of the sacrificial love we receive from God. It’s selfless and tempered by an equal desire to see ourselves and others respect and live by the will of God. This leads us and our small groups toward greater security in God’s love, and allows us to love others in a healthy way.

When putting others first comes from a people-pleasing motivation, however, it’s ultimately an outflow of insecurity. People-pleasing can be motivated by fear of rejection, low self-image, or even a mentality of unworthiness. These take your leadership off the rails because we try to earn people’s love and respect. Insecurity based in these false perceptions of ourselves propels us into unhealthy patterns of relationship.

Christian artist Lecrae once said, “If you live for people’s acceptance, you will die from their rejection.” Small groups are intentional places where we try our best to live out our Christian values. We’re called not to live by each other’s acceptance, but by God’s acceptance. Are you a people-pleasing small-group leader? Below you’ll find three ways to move into a healthy way of leading others:

One of the most common challenges that people-pleasing group leaders face is the non-unanimous decision. Every group makes decisions, and as a leader you will need to lead your group through the decision-making process. When everyone is in agreement, this is a breeze, but that doesn’t always happen.

If you have any people-pleasing tendencies, it can feel as if you’re stuck between a rock and a hard place. How do you move forward without disappointing someone—or multiple people—in your group? There are several ways to move forward in a situation like this.

First, rest in God’s leadership. Before your thoughts run away, remember Psalm 46:10: “Be still and know that I am God.” Regardless of the relative success of any given decision, the overall fruit of the small group is utterly dependent on God. A great verse to remember if planning makes you worry is Proverbs 16:9: “In their hearts humans plan their course, but the LORD establishes their steps.” It’s the group’s job to make a decision and plan a course, but the steps and actual growth that occurs is far more directed by God than by our plans.

Second, don’t feel limited by arbitrary constraints. Is your group stressing about figuring out childcare? Concerned about a future study? Unsure about letting a new person in? There’s no written rule that the decision has to be made by the end of the night, that the study has to be completed in the number of nights indicated on the packaging, or that some creative solution can’t be found along the way. When stress kicks in, we’re far more likely to think inside the box. When you sense yourself going inside the box, free yourself from the constraints and allow yourself—and your group—to think creatively about a solution.

Finally, one of the best strategies available for people-pleasing leaders is to lean into the power of the “provisional decision.” Whether deciding on a babysitter, different night of the week, or book to study, you can label it an experiment and encourage everyone to evaluate the pros and cons along the way. Identify a length of time you’ll try out the decision before reconvening to decide if you want to continue. Not only will this give you, the leader, an easy out if things don’t go well, it also invites every small group member into the process.

There will always be different opinions in small groups. The discussion exists for each person to talk about what they’re thinking or feeling and digest it as a group. What do you do, though, when there’s a particularly pointed disagreement or when someone violates your small-group covenant?

A small-group leader in our church recently had two group members escalate into a full out argument. It started as one member sharing an opinion about politics. Another member shared their opposing opinion. This evolved into an intense political conflict, which turned into an intense personal conflict. What would you do as the leader?

If you tend toward people-pleasing, you might be tempted to hurry past the incident. The path of least resistance would be to move on or change the subject. It would be scary to risk offending one or both of the small-group members by wading into their escalating conflict. You might worry about what the other members were thinking and what they might think of you as a leader if you got involved.

On the other hand, if we step back and try to see the group through God’s eyes, we might see something different. We would see that these small-group members were identifying more with their political parties than they were identifying by their faith. We would notice that a silent small-group leader on this subject would imply acceptance of conflict being handled in this way, and you’d likely see a repeat offense sometime in the near future.

We are called to action in situations like this. Second Timothy 1:7 reminds us that “the Spirit God gave us does not make us timid, but gives us power, love and self-discipline.” Conflict should be handled with God’s spirit and not our own desire for affirmation.

Empower Others to Lead

Some years ago our church decided to launch a new ministry aimed at young adults. We held an initial small group on a Sunday morning after service and it was heavily attended. We were very excited to help this underserved population at our church.

As the Sunday small group continued, we noticed an unexpected dynamic. Each week the same number of people showed up, but there was no consistency in who showed up. We continued on, trusting that things would stabilize. Our pastor warned me that continuing to lead by myself was unhealthy and could end up harming the group as a whole. I felt like I had no choice, though. I was one of the only people who actually attended every week!

After a campaign of social events and logistical changes to try to appease people into more frequent attendance, circumstances were much the same—but I wasn’t. I was frustrated with the group, and I found myself resenting people’s halfhearted commitment rather than leading them by the example of Christian love. I walked into our meetings with a bad attitude, and even though I tried to mask it and keep at it, my pastor was right: It was not healthy for the group. Rather than empower other people to lead and take responsibility of the group, bringing their own wisdom and gifts to the table, I was trying to appeal to everyone with only my strengths. Yes, our ministry had a problem with consistency, but more importantly, we had an early leadership problem that was never addressed.

A similar dynamic was at play in Exodus 18. After escaping Egypt, Moses got into a rhythm of settling disputes between the people. He quickly found, however, that given the opportunity, the people “waited before him from morning till evening” (Exodus 18:13). Jethro wisely stepped in to give a priceless piece of wisdom: “What are you really accomplishing here? Why are you trying to do all this alone while everyone stands around you from morning till evening?” (Exodus 18:14, emphasis added).

There is no better question to answer when we’re taking on all the responsibilities and tasks of a small group. What are you really accomplishing? Because of our insecurity, we often want to prove that we can do it all. Sure, sometimes doing everything on our own means we can ensure that everything will get done. On top of that, you know exactly when and how it will get done. But is anyone else getting to be part of God’s work in the group? Are any other group members using their spiritual gifts? Are you missing the opportunity of benefiting from different perspectives and creative visions for the group?

Passages like 1 Corinthians 12 and Romans 12 remind us that as the church, we are all different parts of one body. Consider the coordination and joint effort required to do the simple task of throwing a football to a friend. Your ears need to hear his call to you, your eyes need to see where he is, your brain needs to calculate where he’s going to be, your legs and trunk need to plant and pivot, and your arm and shoulder need to throw the ball. A healthy small group will operate the same way. We should all take on very different, yet equally important tasks. When we do, we’ll all benefit.

If you’re a people-pleasing leader, you need not fear. You’re not alone, and your desire comes from positive intentions. With a little bit of intentionality and support, you can channel your desire to serve into a healthy and powerful tool for God’s kingdom. 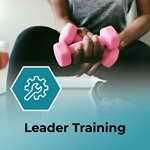