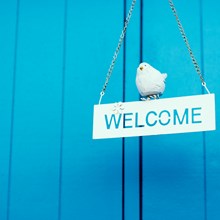 The arguments for both sides of this common debate.
Bill Search
expand

When our daughter, Maegan, was born in the late fall of 1998, my wife and I learned new depths of love. Sure, she took our sleep and our independence, but she deepened our capacity to sacrifice with happy hearts. So it wasn’t a hard decision two years later to plan for another little one to join our nest. And a few years after that, our third child arrived. But at some point we made a decision: we are content with the number of children that populate our home. And for Karyn and me, that happy number was three. Three kids round out our team.

We have some friends who have very, very large families (like the kind that might get their own TV show). We also have some friends who have made the choice not to have children. But every now and again I feel a sting of guilt for the choice we have made—especially when we are with friends who are foster or adoptive parents. Is it the responsibility of every follower of Christ to open their home to more children? That question isn’t just something families wrestle with. It’s very similar to the question small groups wrestle with: “What is our responsibility to the unconnected person?”

It’s one of the most controversial questions leaders of small-group ministries argue about. It inspires, frustrates, and confuses. Should a small group be open or should it be closed? Some say there should always be an “empty chair”—another way of saying there should always be a place for a new person. Others say the empty chair is a perfectly fine idea—for another group—and they decide to stay closed to new members.

It’s About Health Not Philosophy

The core of the issue is a much bigger question than small group philosophy. The real question centers on what makes a group healthy. So we should stop asking if a group should be open or closed. Instead, we should ask whether healthy groups are open or closed.

“Healthy things grow.” It’s been nearly a decade since I heard Rick Warren share that pearl of wisdom. It’s obvious, right? Something healthy—a person, a plant, or a pension—sees signs of growth. A plant blooms, a person matures, and, with the right investment, you get more out of your pension than you put in. And the same principle applies to small groups. But does that mean that a healthy group has to keep growing in size? Or could it mean that a healthy group grows not in size but in relational depth?

If you lead the charge for small groups, there’s little doubt you’ve had that phone call with a leader or two. You ask the simple question, “I know a couple that is looking for a small group. Do you think they could join yours?” The dead air on the other end of the phone is all the answer you need. You know in an instant you’ll be trying to connect the couple in a different group.

So what’s the answer? Are healthy groups open or closed?

The answer is yes. A healthy group is both open and closed. The reason this debate persists is because both sides can appeal to theology, the Bible, and practical examples. So let’s examine both sides of this coin.

Why Every Healthy Group Should Be Open

God invites in all who are lost. The big theme throughout the Bible is that God is always on the lookout for lost people who are willing to respond to him. And so it makes sense that God’s people should be equally as inviting and welcoming. Just as God finds a place for Ruth, an outsider from a different tribe, in the lineage of King David (and therefore, the lineage of Christ), we, too, should welcome into our community those in need of family.

In one famous story of Jesus, the Good Shepherd leaves the 99 sheep who are all nestled together and he goes looking for the 1 lost sheep. From this biblical viewpoint, we should be far less concerned for those who are connected than we are for the person without a home.

How we feel about the spiritually unconnected is a barometer for our spiritual maturity. Therefore, a group that is always welcoming to those who need a “home” have a greater chance of growing deep spiritually. That group is living out the Great Commission, inviting in fresh perspectives, and keeping an open heart to others.

Many years ago my wife, Karyn, and I were in a small group that was a great experience, and it helped convince me to always live in Christian community. We loved gathering together, we enjoyed sharing insights from God’s Word, and we even went on a retreat together. But as awesome as that group was, we didn’t stay together forever. Most groups enjoy a season together and then eventually split up. So why not just get on the front of that trend and constantly invite new people in? After all, most groups see members leave. If you always have an open chair you rarely have many empty chairs.

In summary, small groups should be open because:

If all that is true, then why would any group consider folding the open chair?

Why Every Group Should Be Closed

God may welcome lost people into his family, but he doesn’t welcome us into the Godhead. As great as Moses was he didn’t become a new member of the Trinity. David wrote some beautiful songs, but God didn’t upgrade him to divine status. The three-in-one blessed Trinity is closed. If God says there are certain groups that can be closed, we can carry that idea into our small-group ministries.

Jesus taught his followers to be on the lookout for the lost lamb. He showed incredible compassion and generosity to the spiritually unconnected. But once he chose his 12, he was done. Jesus did not preach an open chair, and he didn’t let uninvited people invade his little community.

It takes a while for a group to get to a place of trust and transparency. How can a group lift up accountability and confession if they barely know each other? But the quickest way to shut that progress down is to add a new person to the group. To create an environment where people share what they really think about a biblical truth and they feel comfortable talking about what is really happening in their lives takes time and consistency. So it seems obvious that an open group will struggle to hit a level of relational depth.

People don’t like being told what to do. Just like most Americans, the typical small group is very independent. The surest way to experience rebellion is to impose your plan on another person. Even if they like the idea, the first response will often be resistance. I have met many small-group members of “underground” groups. In nearly every church, you will find a diaspora of groups who are hiding from the establishment. They are tired of being told what to study or when and where to meet. But most of all, they don’t want to be told to invite new people. So they just go underground. I’ve led the small groups charge in churches ranging in size from large to Jumbotron and I’ve yet to successfully impose my will on another group.

In summary, small groups should be closed because:

How to be an Open-Closed Groups Ministry

If neither being fully open or fully closed sounds like the right option for you groups ministry, the answer may be found in a hybrid of the two. Here’s how:

Celebrate what God is doing in your groups.

If the group loves being together and insists new people will mess that up, then let’s all celebrate that a group of former strangers have become a tight-knit family. Don’t we want groups to develop a deep love for one another? So let’s thank God for what’s happening in the group. And if the group is willing to open the doors to an unconnected person let’s give God credit for the missional heart-beat He’s given the group. Either way, let’s praise God for groups that live out kingdom values.

Every group has times where adding new members is natural, and every group has seasons when it’s best not to invite others. At the beginning of a new study or after a break, there’s usually an obvious on-ramp for joining a group. In many groups, the beginning of the year and the fall are good times for change. But there are also key times not to bring in new participants, like when a group member is experiencing crisis or when the group has recently reached a breakthrough in vulnerability. When group members are becoming more open, honest, and vulnerable, it’s best to simply enjoy that experience for a little while. If a new person enters, some will feel uncomfortable sharing at the same depth in front of the new person.

Incorporate prayer for the unconnected.

This might seem a bit too easy, but by asking group leaders to pray for the unconnected, seeds of compassion for the unconnected are sown. Jesus told his followers to pray that the Father would send workers into the field and one paragraph later Jesus sent them! Prayer should always precede action.

Challenge every member of the group to serve.

Some of the healthiest small groups I know are closed to new members. Every member of the group, however, is deeply engaged in service inside and outside the church. The group becomes a respite and a recharger so they can keep serving. The gaze of the group is outward and the group provides a place for shared prayer and mutual encouragement.

Change is inevitable. Every group I’ve been part of I’ve eventually left or it has ended. Sometimes a group runs its course. Other times a geographical move necessitates an exit. Some groups invite members to re-up in the beginning of year or in the fall. Some groups re-up whenever they start a new study. By inviting this commitment, it reminds each group member what is expected of them while simultaneously letting them off the hook if they’re ready for a change.

Small groups aren’t a fad. Since the 40-year camping trip before they entered the Promised Land, God’s people have been assembling in small groups. But a healthy small group doesn’t just happen, either. It takes effort and intentionality. Helping groups wrestle with whether they’ll be open or closed will help them establish and retain health.

—Bill Search is a leading voice in the small groups movement and the author of Simple Small Groups.

The right structure will allow your ministry to thrive and grow.
Will Johnston
Training Tool 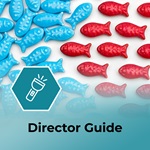 Organize Your Small-Group Ministry
The right structure will allow your ministry to thrive and grow.
Learn More 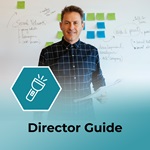