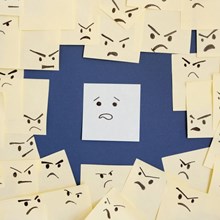 If you want an excellent small-group ministry, you’ll need to learn to handle conflict well.
Will Johnston
expand

As a small-group pastor or director, your role is incredibly vital. It's your job to help your church live out Jesus' last command to go make disciples. It's your job to get the people in our church out of the pews and into relationships that will grow and sustain not only their faith but their entire lives.

It's far too important of a responsibility for it to be done with mediocrity, so we go to the conferences, read the books, and call the experts to figure out how to effectively create community and make disciples.

But that's not enough.

We have to communicate the vision for community and discipleship to our leaders, congregation, and senior pastor—and we have to implement all of the systems and strategies that we've figured out. When we being implementing those systems, we create opportunities for conflict:

I'm sure you could create a list all your own unique to your own church culture. The reality is that any time you're doing something well, you're going to create tensions and create opportunities for conflict. Doing something well means focusing, and that requires saying no to some potentially good things so that you can do a few things with excellence.

If you're going to have an excellent small-group ministry, you might have to say no to men's ministry. And that's going to create tension.

If you're going to have an excellent small-group ministry, your lead pastor has to lead the way, and you might have to respectfully nudge him or her along.

In short, if you truly want an excellent small-group ministry, you have to embrace the conflict.

I don't particularly like conflict. I just want to put my head down and do my job, but when something comes up, I'm faced with a choice. Do I embrace the conflict? Or do I avoid it?

There are two concepts you have to embrace personally if you're going to be willing to embrace conflict.

1. You have to care more about your mission than about being liked.
When your primary concern is making sure people like you, you won't rock the boat. You won't have difficult conversations with people because you'll be too concerned that they won't like you.

The reality is, I wasn't hired to make friends. Okay, that's not entirely true. The mission statement of both small-group ministries I've led has specifically included the sentence "Make friends."

Let me put it another way, I wasn't hired to be best friends with everyone on staff or in leadership at the church. I was hired to help facilitate relationships, discipleship, and mission in our church community. Sometimes that means that putting the needs of the ministry ahead of being liked.

I'm not encouraging you to implement a scorched earth policy. Don't run around destroying the relationships you have. But you might have to take a risk or have a hard conversation if you want your groups to truly thrive.

Someone recently told me about a time when he was serving on staff at a church and kept butting heads with the lead pastor. They simply had different perspectives on how to do ministry. But that same person still plays golf with the pastor. In fact, I would venture a guess that their personal relationship actually made their workplace interactions more palatable.

The reality is that we have a much easier time assuming that someone has good intentions when we're friends with them. If you know someone personally, you're a lot less likely to assume the worst about them. So while you may sometimes need to butt heads with others in leadership, you also need to build strong relationships that can withstand workplace conflict.

2. You can't be afraid of losing your job.
For those of us whose livelihood comes from leading a small-group ministry, it's tempting to hold back because we don't want to do anything that would put our jobs at risk.

Now, if you're pretty sure that having a particular conversation is going to get you fired, then you probably shouldn't do it. If tempers and tensions are that high, it's unlikely to be productive. (This is, of course, assuming that the problem is a matter of practice and practicality, not principle. If the issue is one of right or wrong, not simply one of priorities or preference, then you probably need to have that conversation anyway.) That said, if you feel the need to keep the peace all of the time lest you be asked to leave, you're unlikely to make much of an impact at all.

Handling conflict in healthy ways requires the right perspective, the right heart, and the right tactics. Otherwise, you'll do more harm than good. Before you charge off to deal with whatever problem you've been putting off, I want to share three pieces of wisdom I've gleaned over the years that help me gain the right perspective and heart:

1. Mind your own business.
Embracing conflict doesn't mean sticking your nose into everyone else's area of responsibility all of the time. This was a tough one for me to figure out. I have an analytical mind, so when I see competing priorities or conflicting agendas being implemented, alarm bells start going off in my head.

Early in my ministry career, I would see these things and get hopping mad. I didn't really know how to address them, so I'd just go to my boss, who was gracious enough to hear me out most of the time.

And then at some point I realized that looking at the church from my little corner of ministry doesn't always provide me with the best perspective. I also realized that if I got worked up about every little thing, no one would take me seriously when I brought up a more serious concern.

I had to learn when to push because something was a big enough concern that it needed to be dealt with, and when to back off because the person who does nothing but point out problems quickly loses credibility.

2. People generally have good intentions.
If you're anything like me, you tend to fill the gaps in your knowledge with less-than-positive assumptions. When the worship pastor schedules a worship event on the same night I'm planning a group connect, my tendency is to assume he's careless, thoughtless, and has misplaced priorities.

The reality could be any number of things. Maybe it was a royal screw up, but maybe his event—or your event—mistakenly didn't get placed on the calendar. Maybe one of them got placed on the calendar wrong. Maybe his worship event, that you thought was some big thing, was actually just a small gathering for a half-dozen worship leaders.

And even if it was just a totally boneheaded move on his part, he probably wasn't thinking, "Oh, small groups aren't that important. I don't need to worry about those." There are a thousand reasons he may have decided to do what he did, but nine times out of ten, there was no ill intent.

3. You're not alone.
You might be surprised to learn that the worship pastor—and children's pastor and men's ministry director—often feels the same way you do.

The worship pastor (rightly) sees his role as an incredibly vital one, helping people bring honor and glory to God, the very thing that we were created to do. And he gets frustrated when he wants to gather people to worship God, but it seems that all of the key gathering times are taken up with small-group activities.

Or that time when his guitarist stepped down from the worship team to lead a small group? He was doing his best not to lose it on you. A lot of people can lead a small group. There are only a handful that are decent guitarists. Are you beginning to see the other side?

Once you're able to approach the situation with the right heart and perspective, you'll need to use the right tactics. Regardless of where your heart's at, if you use terrible tactics, the conversation isn't going to go very well.

I've written previously on how to have tough conversations, so I'll just keep it to the basics here.

Prep Work
I'm like a detective. I'm trying to figure out what's really going on. If I have to address a problem, I want to have all the facts beforehand.

I also try to get a second opinion. I need to make sure my head is on straight before deciding to deal with an issue. If I'm way off base, it's better to hear that from a third party.

Finally and most importantly, pray about it. Prayer can be the difference between a difficult conversation that causes a falling out, and one that begins a process of progress, discipleship, healing, or growth.

By the end of the preparatory process, my goal is to have a game plan going into the conversation. I want to know where we are and some potential next steps.

Talk It Out
Get perspective, plan, prepare, pray, but at some point you just have to engage. First, relax. If you're stressed, nervous, or angry, that's probably going to come through. If you're relaxed, the other person is more likely to feel at ease, too. That's part of why prayer is so important. You're praying for the other person, but you're also praying that you will handle the situation well and have a holy confidence.

Start by listening. Say as little as possible at the beginning. Spend a lot of time asking for the other person's thoughts, opinions, perspectives, and feelings. Begin with, "I've heard some concerns that …" or, "I noticed this, and I wasn't sure what to make of it. Can you help me understand?" What the other person has to say is important for two reasons: they are important, and you might be wrong.

The goal of resolving conflict is never to be right; it's to make progress. I'm not trying to prove a point or make someone pay. One way to help ensure that others know you value them and their role on the team is just by listening to what they have to say. Even if you believe the other person is wrong, honestly listen to his or her perspective before you share yours.

Plus, despite your preparation, there may be something you've missed. I've been known to have the occasional bout of foot-in-mouth disease, and one of the best treatments I've found is simply to listen first and speak second. Sometimes I'm just wrong. Don't let your preparation and fact finding get in the way of listening to the perspective of the person you're meeting with.

One important lesson I've learned is to pay attention to my gut as I have these tough conversations with others. I've ignored that more than once and paid the price. The facts are important. The conversation is important. But neither are as important as the prompting of the Holy Spirit. Jesus is the Shepherd of his Church, and he will work through his Spirit to guide us in helping him shepherd it.

Don't settle for mediocrity because you're unwilling to embrace conflict. Your mission is too important. Instead, learn to lean into the conflict for a healthier, stronger ministry.

—Will Johnston is the Director of Build Community at Eastside Christian Church in Anaheim, California.

Overcome Relationship Obstacles in Your Group

Everything you need to tackle issues with group dynamics 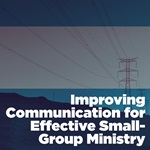 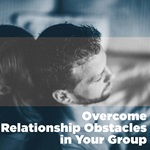