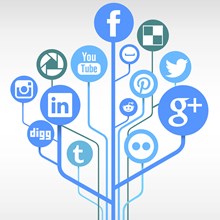 Your Get Started Guide for Social Media

If you don't know your SnapTweets from your FaceChats, or if you ever find yourself referencing "The Google," this article is for you. I'll help you understand how social media can benefit your small-group ministry. We'll explore Facebook, Twitter, and even some of the less familiar networks available.

But first, a few general suggestions on how to use social media effectively:

It's usually best to have one central account for the church per network rather than each team, ministry, or department having its own account. There may be exceptions to this, especially if you're at a very large church, but you'll probably want to maintain just one account.

This helps keep your profiles from going stale. If everyone is posting to the same account, you'll have fresh content on a pretty regular basis. If each department has their own account, chances are that many of them will sit dormant much of the time, and social media accounts that post sporadically don't tend to be effective.

It also ensures that you have the largest possible audience. If you have a separate Facebook page for small groups, the only people who are going to follow it are the people who already like groups. And you probably don't need to tell them about the new group campaign—they already know. If you use your church's central account, you can get your content in front of more than just the diehard group lovers.

While you only want to have one central account for your church, it's a good idea to engage on personal accounts as well. You don't want to spam your followers with every ministry announcement that's made, but if you're the small-group director, it's probably worth mentioning when fall groups are launching, and you may ask your lead pastor to do the same.

Personal accounts can also be a great way to keep up with your leaders. Working at a large church, I can't possibly keep up with every congregant, but I do try to engage with our leaders on social media. I keep track of what's going on in their lives and connect with them regularly.

You want to make your accounts and posts robust. Don't start an account without a profile photo. Use pictures and videos in your posts. Posts and accounts with rich media get a much greater level of interaction than those without. Consider varied posts—from Bible verses to announcements to pictures from your groups. Keep it interesting.

Perhaps the biggest mistake that businesses and organizations make is forgetting that social media is social. It's meant for discussion and conversation, not just making announcements.

Take the time to interact with content posted by others and respond when people message you with a comment or question.

This should go without saying, but social media is a powerful tool. It's not good or bad. It just is. It's like a hammer: you can use it to build a house or break a window.

You need to be careful with how you use it. Don't post things online that you wouldn't say in church. Nothing that you do online is truly private, even when it's marked as private. Someone can always re-post what you've said.

And you'd do well to steer clear of any sort of personal messaging that seems inappropriate. For instance, you might avoid SnapChatting selfies with members of the opposite gender.

6. Focus on the Networks that Make Sense.

It's better to focus on one or two social networks that you put a lot of time and effort into than to have a presence everywhere and only use them occasionally. Again, sporadic posting doesn't tend to be effective.

When deciding which networks to focus on, you'll want to consider what your congregants are using, as well as what you personally enjoy using. You need your people to be on it to see your posts, and you have to like using it enough that you'll post consistently and not give up after two months.

While most of the networks listed below have users spanning all sorts of demographic lines, many of them skew heavily toward a particular demographic. As such, I've included key demographic information on each of them to help you figure out which ones may appeal to your congregation.

This is, perhaps, the one social network that needs no introduction. Your 12-year-old niece uses it to communicate with your 85-year-old grandmother. You can post status updates, photos, and videos; play games; and invite friends to events. There's almost nothing you can do in real life that you can't do some version of on Facebook.

Facebook events are simply online invitations. You create a Facebook event with the date, time, and description of your event, and you can start inviting your friends. But what's better is that Facebook makes it easy for the friends you invite to invite their friends.

So, if you're having a group connection event, you can not only invite all of the people you know at church who need to connect with a group, you can also ask all of your small-group leaders to invite the people they know as well.

Facebook Groups are communities of individuals built around a shared interest—kinda like small groups! Groups can be large and open to anyone—like the 1,000+ person Small Group Network group—or small and private, like the one for my wife's extended family.

Small groups can use Facebook Groups to keep in touch with each other throughout the week. They can be especially helpful after a group has multiplied if the group members want to maintain community.

Most of the things you do on Facebook are free, but you can also buy ads. I've found ads to be especially helpful in promoting events. And one thing that makes Facebook ads more helpful than some other forms of advertising is its targeting capabilities.

For instance, when promoting our annual men's event, I was able to target not only by gender and geography, but also limit my audience to people who were fans of my church's Facebook page and friends of the people already committed to attending the event. This ensured that the people seeing the ad had some kind of connection to the church. It enabled me to spend my promotional dollars in a more focused, effective manner.

Facebook can be a pastor's best friend. Unless you have a way better memory than me, there's no way you can remember the name of every single person you meet at church. Facebook can be invaluable in helping you put a name with a face.

Twitter isn't the largest social network, but it is big and gets a ton of press.

On Twitter you post "tweets," short messages limited to 140 characters. Of course, you can include links to websites or blog posts. If you link to a YouTube video, it will show up embedded directly in your tweet, and Twitter also offers an upload service that allows you to embed your photos and videos directly into the tweet.

Twitter's beauty is its brevity. It forces users to be witty and pithy. Whereas Facebook is all things to all people, Twitter is simply a series of updates. There are no games, no events, and no pages.

It's a great place to share links to stories about groups, remind folks about connection events, and post the occasional photo from a group.

"Wait? YouTube is a social network? I thought it was just a place to post funny cat videos."

YouTube is the place to post videos if you want to get the most engagement. Other sites like Vimeo may have better quality and design, but people will actually find your videos on YouTube.

YouTube probably won't be your most effective ministry tool, but I'd be remiss to ignore the network just slightly behind Facebook at roughly a billion monthly users. If you create a good promo video, it's worth uploading it to YouTube, linking to it from Facebook and Twitter, and embedding it on your church's website and/or blog.

At 300 million monthly users, Tumblr may be one of the largest social networks you've never heard of.3 It's a blogging platform built to foster content sharing.

If you're looking for a place to post stories about small groups, along with photos and videos, you might want to consider Tumblr.

Because Tumblr's key demographic is 16-24 year olds, you may be especially interested in it if you work with teens, college students, or young adults.

Instagram is a photo sharing service designed for real-time photo and video updates. In fact, there's no way to actually upload photos or videos from your computer—it has to be done from an app on a phone or tablet.

Instagram is all about grassroots content sharing. You can obviously post photos yourself, but it's even better if you can get your small-group leaders and members to share their own experiences. This could be especially helpful in conjunction with a small group promotion happening at weekend services, so that your efforts are being reinforced on social media.

Pinterest is another photo sharing service, but it's basically the opposite of Instagram. It's not meant to share your photos at all but rather to share unique, interesting, or beautiful photos from around the internet.

Pinterest users "pin" photos to virtual boards. While you'll find everything from cars to sports stars on Pinterest, it has become a home for fashion, recipes, fitness, and crafting.

While Pinterest may not be a prime tool for use as a central ministry, it can serve as a community building tool for small groups you may have that are focused on a shared interest. For instance, a small group focused on crafting can share craft ideas, free patterns, and more.

Prounounced "Google Plus," it's quite similar in functionality to Facebook. Google+ is a bit of a conundrum in that it continues to grow and has a large number of active users, but it's difficult to tell how many people are actually using the network and how many are only "active" because it's so tightly integrated with Google's other products such as search and Gmail.

On the one hand is the rapid growth of the network, and on the other hand Google seems to be spinning off some of the Google+ functions, such as photo posting, into independent services. It's tough to tell if this is a strategic move or a signal of the beginning of the end for the network.

Right now, Google+ probably isn't the best place to focus your time and energy, but it's big, it's Google, and there's always the potential for it to be the dark horse winner in the social media wars.

All of these networks may be a bit overwhelming. My recommendation is to start with Facebook and Twitter. And it's okay to just get started. These services are free, so there's nothing lost in signing up and playing around a bit. I hope you'll find social media to be a great tool for small-group ministry—both to help get people into groups and help groups develop a greater sense of community.

—Will Johnston is the Small Group Catalyst for National Community Church in Washington, D.C. He used to work on Capitol Hill helping people with social media.

More on Social Media for Ministry 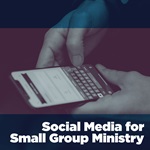 Social Media for Small-Group Ministry
How to use social media to connect, inform, and mobilize group members
Learn More

Your Get Started Guide for Social Media