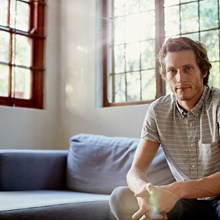 When Group Attendance Is Spotty

Note: This article is excerpted from Conquer Common Meeting Problems.

Fresh out of college, my wife and I accepted a part-time position at our local church to launch and organize a new ministry for young adults. It was a fun ride, but my wife and I quickly learned one important fact about the young adults in our community: they didn't regularly attend church activities.

My wife and I used a small group to launch the ministry, and we had several singles and couples who were interested and began attending—sometimes. One week, we could have as many as 18 or 20 young adults bursting the seams of our living room. The next week, we might have 3 or 4. Attendance shifted wildly from meeting to meeting without notice, and seemingly without cause.

This was pretty frustrating at first. We put a lot of effort into hosting our group gatherings—especially my wife. She took pride in preparing homemade snacks and treats for everyone who showed up. In a week we could go from scrambling to find extra chairs and extra food to desperately offering mounds of uneaten guacamole to everyone as they left.

To be honest, we felt more than a little bitterness in those early days. Didn't our group members know how hard we worked? We wondered if we were doing something wrong when almost nobody showed up. worried that people refused to show up because they'd had a negative experience the week before.

It may sound strange, but spotty attendance can provide a lot of interesting ministry opportunities within your group. When you think about it, there are some things you can do with a group of 4-6 that you can't do with a group of 8 or more. For example, low-attendance gatherings are a great time to pull the plug on your own agenda and open the floor for questions. People are often more comfortable asking deeper-level questions in a smaller group than in a group with lots of people—the same is true when it comes to asking questions that reveal doubt or uncertainty about key doctrines.

In other words, a group gathering where only a few people show up is a great time to concentrate specifically on those people and see how they would like to go deeper. The key is shifting the focus away from your plan and on to your group members.

In fact, there were several times when my wife and I scrapped our meeting agenda altogether when only one or two group members showed up. When that happened, we shifted from a traditional small-group gathering to a purely social event—a time to hang out with a couple of people and get to know them better as individuals. We learned a lot about our group members' stories during those meetings, and they learned a lot more about ours.

Here are some additional ideas for taking advantage of a low-attendance group meeting:

Having a lower-attendance group meeting every now and then is no cause for a concern. But if your group suffers from sporadic attendance over a longer period of time—say, several months—you may want to make some changes to seek a more consistent level of participation.

One way to do this is to openly and clearly communicate your expectations. I've known many people who viewed attendance as purely optional each week, simply because they were never told otherwise. If they had a bad hair day or wanted to watch a football game, they felt no qualms about skipping. They were never told that consistent attendance is an important element of belonging to a group.

So take a few minutes to think through your expectations. What do you expect from your group members in terms of attendance? What kind of boundaries do you want to set, if any, and how strictly are you willing to enforce those boundaries?

I have been part of small groups where regular participation wasn't just expected—it was required in order to remain a member of the group. If you had to miss a gathering, you were expected to alert the group leader in advance. I didn't mind these strict boundaries because they were communicated upfront, and everyone knew about them.

Remember this as you contemplate boundaries and expectations for your own group: When you set up strict boundaries for group attendance, you will have fewer group members, but they'll attend regularly. When you have loose or non-existent boundaries, you will have more group members, but they'll attend sporadically. You need to find your own happy medium. But once you decide, communicate clearly what you expect and why.

Remind group members about your next meeting by contacting them through social media or sending a text the day of your gather. Then reach out to group members who don't attend regularly. Send notes, texts, or e-mails to let them know you missed them at your last gathering. Sure, this may seem overly aggressive to a few group members who don't like being bothered. More often, however, these notes or phone calls will help people understand that you care about them and enjoy their presence in your group.

Finally, don't be afraid to have personal conversations with group members who have trouble attending on a consistent basis. Don't beat around the bush. Be honest and upfront: "We really enjoy having you in our group, but I've noticed you come to only half our gatherings each month. Is there anything we can do to make things more comfortable for you?" You're not being overly aggressive or pushy by initiating these kinds of conversations. You're being a leader. You're also showing your group members that you value their company, and that consistent attendance is an important element for spiritual growth and connection within a community.

Note: This article is excerpted from Conquer Common Meeting Problems

—Sam O'Neal is an editor at LifeWay.

Is your small group dying at the hand of these common group killers?
Bill Search
Training Tool

5 Reasons to Quit Your Small Group

And why you might want to stick around.
Amy Jackson

When Group Attendance Is Spotty