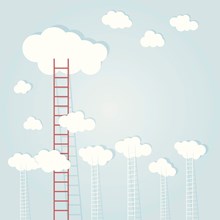 Could high-structured, high-commitment groups be right for your context?
Bill Search
expand

Rick and Susan just moved to town and were thrilled to find a great church. It was a fast-growing church with a national reputation for engaging teaching and community involvement. It was the church to be at. And they were thrilled to be in the epicenter of excitement. The pastor had just written his first of what would be many blockbuster books.

Because they were new to the area and lacked social contacts, they decided to join a small group. The church was large, and it boasted countless groups across the mid-sized, Midwest community. The church had recently invested in a web-based tool to help interested attenders find a small group in their neighborhood. After plugging in their address, Rick and Susan were delighted to find a group literally around the corner from their home.

Rick picked up the phone and dialed the number listed on the website. That's when it all started to go wrong. The leader seemed genuinely surprised that his information was publicly available and was hesitant to invite them to his group. But after some awkward conversation he dutifully invited Rick and Susan to try out the group.

"I knew it wasn't going to be good the minute we arrived." Rick told me several months later. Other than the initial greeting from the host, everyone else in the group treated Rick and Susan like they were ghosts. Conversations took place around them, but no one personally interacted with the newest members of the group.

When they finally circled up for the group meeting, it still seemed like the new couple was invisible. Rick tried to make a few contributions but there was little response to his input. Not surprisingly Rick and Susan never returned to that group. In fact, it was the end of their experience with that church. And the group leader never followed up. It was an epic small-group fail.

Eventually Rick and Susan found their way to the church I was serving at that time. As he relayed the story of his group experience, I was shocked. I hate to see small groups not fulfill the basics. On top of that, the small group missed out on getting to know a great couple. Rick was a seminary graduate and moved to town to serve as chaplain of a minor league sports team. That small group truly missed out.

Stories like that are why some churches embrace what's referred to as a High Control Model for small groups. Emanating from a deep desire to achieve group life health and accomplish the Great Commission, these systems strive for success through thorough training, regular accountability, and accurate reporting. Expectations are high for leaders and participants.

What Does High Control Mean?

The term "high control" is probably not the most helpful label. Certainly there are some small-group structures with enormous demands (such as G-12), but few churches employ them. Randall Neighbour, who leads TOUCH, has a better way of looking at it. As a vocal proponent of cell groups, Randall says, "High expectation, high structure is [a] much better [term]." These groups are also highly supported.

When considering which group model is the right fit for your church, there are a number of important factors to consider—everything from the culture of your church, the maturity of your people, and what you're trying to accomplish. For instance, if you have an easygoing, relaxed church leadership culture, your group structure is going to emulate that. If you're primary goal is to give people a place to belong and relate, you probably won't put the effort into a high structure group approach.

Culture and context should be the deciding factors that determine your group structure. Once you know those, you can look at the strengths and weaknesses of the high structure model to see if it's right for you.

Leadership Confidence
Training is a non-negotiable component to high-structure systems. Critics might call it over-training, but there's no doubt group leaders are immersed in the necessary elements. Usually there are training sessions, apprenticeships, and mentors. Like professional sports, a leader in a high structure system rarely skips the route, but rather rises up through the ranks: beginning as a group participant, then an apprentice leader, and finally a leader. Along the way, the leader gains confidence.

Leadership confidence is two-fold. First, the leader themselves is confident. There's nothing harder for a group to overcome than a leader who exudes an I-don't-know-what-I'm-doing attitude. High-structure systems simply won't put people into leadership positions if they lack such confidence. So leaders emerge with a strong sense of purpose and direction. They know how to do the job because they've observed it, tried it, and finally assumed it.

Secondly, the church leadership is just as confident in the leader. The leader is known. He or she is nominated, trained, and sponsored all along the leadership development pipeline. In many popular group systems used today, the leader is more of a gamble. There is little gambling in a high-structure system.

Predictable Experience
I led the small-group ministry in a very large church in Louisville for a number of years, and one of my great frustrations was how unpredictable the group experience was. It varied from group to group. Some groups were like Sunday schools in homes and others were like social clubs.

Some of that diversity reflected the culture of the church I served, but some of it was caused by our model. High-structure systems reduce unpredictability. All the groups feel similar. Move from one group to another and you'll find great similarity because the leaders are trained in the same way and have the same high expectations.

Conveyor of New Information
My first experience in a high-structure group was for a 10-week study on finances. We all signed up for the group because we all needed help. We didn't want to pool our collective lack of wisdom. And the structure of the group, the training of the leader, and the control of the curriculum were exactly what we needed. If you're using a group to teach core theological concepts or introducing new information, a variety of opinions can be harmful. High-structure groups can work especially well for skills- and knowledge-based groups.

It Takes Too Long
Nearly every high-control system requires leaders to begin as participants. That leads to an apprenticeship, equipping, and training. It might be years before a person graduates to leadership. While that contributes to confidence, it also means a small-group ministry is stalled until enough leaders graduate. Fast growing churches can't afford to wait. Church leaders (especially senior pastors) don't want to wait for a harvest two to four years down the road. If someone wants to join a group, you can't tell them to come back next year.

Cult-Like Following
Because of the required high commitment from both leaders and group members, high-structure systems often breed a dogmatism and arrogance that it's not a way but the way to do groups. This goes for the system as a whole and specific leaders within the ministry. And, like cults, such systems can begin following a particular leader—or ministry founder—who can mislead or abuse. Unlike other group structures, members can be more susceptible to being take advantage of. The trust in leadership can be too high.

Difficult in Large Churches
Years ago, a pastor friend of mine told me about a small-group conference he had just returned from. He was pumped up and ready to implement all he'd learned. I knew his very large church well and bluntly told him his dream wasn't going to materialize. He'd fallen in love with a high-structure system but served a low-structure church. I'm not a prophet, but I was right that time. Most large churches won't be able to implement Cell, G-12, or any other high-structure, high-expectation models. 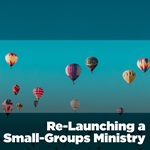