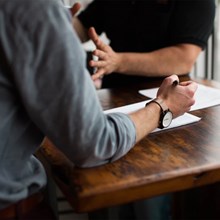 The Nuts and Bolts of Small-Group Coaching

In his latest book, Small Groups, Big Impact, Jim Egli concludes that small-group coaching is the most important aspect of successful small-group ministry. I couldn't agree more! However, the struggle with coaching isn't realizing its importance, but getting effective coaching in place. It's not as simple as selecting godly men and women to be coaches—or even as easy as promoting successful small-group leaders to be coaches. Good small-group coaches have experienced leading a group well and are able to have healthy, transformational relationships with the leaders they're coaching. Both are needed to be effective in the two primary tasks of coaching:

In order to accomplish these things, coaches need to commit to several regular actions:

Before you set out to immediately implement a coaching structure in your ministry, know that the best coaching structures are grown, not simply put in place. It does take longer, but it will be better received and will guarantee that you have the right people in coaching roles.

Begin by having good small-group leaders simply coach one or two small-group leaders that multiply out from under them (through apprenticing and releasing new leaders from within the group). The leader continues to lead his or her small group while coaching the leaders of one or two additional groups. The relational aspect is already in place because they've already been in a shepherding relationship through the apprenticeship process.

Once there are three or more groups under one leader, pull the leader out to focus on coaching instead of leading and coaching simultaneously. Otherwise, the span of care becomes too great and the coach will end up managing more than coaching—or just burn out! As this continues across your ministry, you will develop the coaching structure you desire. It will take longer, but it will be worth it in the end.

—Jay Firebaugh is the Director of Small Groups at New Life Church in Gahanna, Ohio. You can check out practical tools for pastors and small-group leaders on his All About Small Groups Facebook page. Used with permission from the author.

How to Respond to Mental Illness

What exactly is the difference between a house church and a small group?
Joel Comiskey
Article

How to Pray for Your Small-Group Ministry

How to Help Small-Group Leaders Struggling with Mental Health

The Nuts and Bolts of Small-Group Coaching