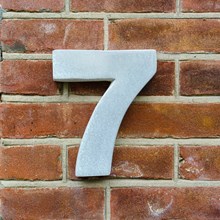 Note: This article has been excerpted from the SmallGroups.com training tool called Effective Turbo Groups.

I'll never forget the first time I was asked to lead a small group, which also happened to be a turbo group. My one concern that trumped all others was the fear that my group members would not like the way I facilitated. Consequently, I felt uptight, which of course made me more reserved and less real as I led the discussion.

But at the end of that nerve-wracking turbo-group meeting, the other participants showered me with positive feedback—even though I'm sure I didn't do that great of a job. The comments that encouraged me the most were when people shared how scared they were of being in the hot seat and doing what I just did. They didn't think they would be able to facilitate like I did, which turned the tables and resulted in me encouraging them!

In short, the collective group experience was brought to another level that night because of the authenticity of other leaders-in-the-making—and I learned my first and greatest lesson as a new small-group leader: the importance of authenticity.

Below you will find seven common pitfalls that new group leaders often encounter along the life-changing path of small-group leadership. Just know that mistakes are bound to happen—and that's okay. God is not looking for "perfect performance," but rather hearts that want to love him and others.

Authenticity is the key to success as a small-group leader. In general, people won't put up for long with a small group where members aren't genuine with each other—we all have better ways to spend our time each week. And the greatest influence on the authenticity within a small group is arguably how real the small-group leader behaves within the group. Does he confess sins and admit faults, or does he try to project an image of perfection? Does she ask for help when times are tough, or does she try to soldier on?

The health of a small group is directly linked to the degree of freedom that members have to be themselves, and that starts with the leader. Does he confess sins and admit faults, or does he try to project an image of perfection? Does she ask for help when times are tough, or does she try to soldier on?

John Ortberg states it well: "You cannot be fully loved if you are not fully known. You can only be completely loved if you are completely known." People want to go someplace where they are loved for who they are rather than who they feel they have to be. Group participants follow the lead of the small-group leader in this way more than they realize, so demonstrated vulnerability from leadership has tremendous "imprinting power" that can ensure the health of the group for the life of the group.

The greatest preventable mistake made by small-group leaders comes when they try to carry too much—the "I'll just do it myself" syndrome. There are three main ways this happens:

3. Failure to Cultivate an Outward-Orientation to Group Thinking

The vast majority of small groups are naturally introverted—they are self-focused. This can be healthy when strong interpersonal bonds are developed. But group leaders make a mistake when they fail to see how critical it is to be intentional about directing people's awareness outside of the group.

A group that is turned in on itself for too long becomes ineffective not only in discipleship, but also in evangelism. There are two main reasons for this. First, prolonged introversion dries out a group's dynamic, breeds interpersonal conflict over trivial issues, and results in an unhealthy self-centeredness. All of those things can paralyze group outreach. Second, theologically-speaking, discipleship and evangelism feed into each other (Matthew 28:19–20). If the small-group leader is not deliberate about nurturing an outward-orientation to the group, the bond of community slowly atrophies and eventually the group implodes.

A simple way for a group to start becoming more outwardly focused is to intentionally pray for the unsaved friends and family of group members. Such prayers stimulate God's grace, and groups that serve as conduits for an outward flow of that grace remain healthy. Conversely, groups that hoard God's grace turn sour.

4. The Need to Finish Bad Curriculum

Sometimes small-group curriculum kills small groups. Here's a rule of thumb: If something's not working, can it. Move on to something else. When you do move on, it's important to explore as a group what people are interested in and what will work.

I recommend avoiding small-group curriculum that is voluminous, that requires a lot of "homework," that is corny or one-dimensional, or that is chalk-full of leading questions and fill-in-the-blanks. Instead, look for curriculum that engages people's minds, stimulates interaction, and builds relationships.

Here's another rule of thumb: If you're not getting feedback on a specific study, people probably don't like it. Most group members who don't like a small-group curriculum tend not to tell the small-group leader—they grin and bear it, or else vote with their feet and stop attending.

Don't lose your creative edge when leading a small group—keep things fresh. Be spontaneous in changing your group's routine. Be sure to have social outings together that are just for fun. Find ways to mix things up with each new season.

It's also important to continually develop all of your church's core purposes or values in your group's life together. You will never be able to perfectly balance or experience all of them in every gathering, but as you grow them together over time, your group will grow in new and healthy ways.

If you could view a chart of your group's growth and connection over time, you wouldn't see a straight line. The ups and downs of life would have had their impact, creating starts and stops. Let them. There's no schedule you have to keep, so take the time to let your group members love on each other instead of rigidly trying to stick with a pre-planned agenda.

For example, when members are going through a hard season, your group should take the time to stop, listen, and pray for them. When crises come, call an emergency meeting. Or cancel an existing meeting to celebrate a triumph. By allowing for a natural ebb and flow to when and how your group gathers, you build its resiliency and create an organic structure that fits in with your participants' lives. In turn, they'll sense what you're doing, appreciate it, and make more room in their lives for the group.

7. Failure to Recognize Your Group's Uniqueness

As a leader, it's vital that you take the time to learn who is in your group. This starts with your first gathering when you talk about what you'll be doing together as a group and learn about those who came. Here are some questions keep in mind for each group member:

This initial conversation influences the way in which your group engages with your upcoming study. Always be listening to what people have to say and where they're at spiritually.

Remember the basic principle: Your small group will be healthy when people feel loved. This isn't all up to you as the leader, but you are a primary catalyst for it. And don't forget about God. A small-group leader is the person who takes the lead in creating and maintaining an environment where biblical community can thrive, but it's God who does the actual growing (1 Corinthians 3:6–7).

Matt Jewell is the Director of Groups at Rivers Crossing in Mason, OH
Matt Jewell and Bill Search
Article

Our recommendations for getting started
Amy Jackson
Article