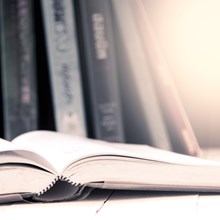 The lecture/lab model is great for both small groups and Sunday mornings.
Larry Osborne
expand

Note: This article has been excerpted from the SmallGroups.com training tool called Create Sermon-Based Studies.

At North Coast Church, where I serve as senior pastor, we’ve had a long and interesting journey with small groups. We had no groups when we first started out, but I soon realized that our congregation was more of a crowd than a living, breathing community. So we launched small groups, and things began to change quickly.

For a number of years we hunted down the best curriculum available and provided it to our groups. They grew, and people’s lives did change. But when I put together a sermon series called “The Company of the Committed”—in which I wanted to paint the picture of what a committed Christian lifestyle would look like on a day-to-day basis—we experimented with our first sermon-based groups. The response was so positive that we never looked back.

Over the years, I’ve noticed that tying the study guide to the sermon has several advantages over a curriculum-based model. Here are seven of the most powerful advantages.

They Increase the Educational Impact

A number of years ago, I heard about a study that Harvard conducted for one of the military branches. Apparently the military was sending people to different conferences and training sessions, and they wanted to maximize the educational impact of those sessions by figuring out what helps people learn—and most importantly, retain and apply—the information they receive.

Some of the best minds at Harvard tackled this study, and they uncovered three ways to maximize the benefit of any training experience. The first was maintaining a high sense of expectation. The study showed that if people went into a training experience with high expectations, they generally learned and retained a lot more. The Harvard researchers also discovered that if people took good notes during the training experience, the educational impact and the life-change upon returning home would accelerate measurably. The third key had to do with discussing the material with others. If they got together and discussed the notes—and the broader training experience as a whole—their education impact and subsequent life-change was significantly increased.

All churches have marginally interested people—people who come in late on Sunday morning and slump onto a chair in the back, waiting to see if a funny story or a good joke can pull them into a higher level of interest.

But it’s a different story when a marginally interested person enters a sanctuary full of people who will be discussing the sermon later in the week with their small group. That’s because a much higher percentage of the people will be taking notes and paying close attention in order to be prepared for their small group. There’s a different feeling in the air. And so that marginally interested person—who doesn’t want to stand out—tends to sit up a bit straighter and pay more attention simply to fit in. I see it at North Coast all the time. And since everyone else seems to be taking notes, they start doing that, as well.

Everyone misses church at one point or another. But how often do those people listen to the sermon they missed after the fact? It may happen sometimes, but not often. But what if those people attend a small group later in the week and have to discuss that sermon they missed? There’s a good chance they’ll take a listen—and they’re likely to make weekend services more of a priority, too.

They Sharpen the Church-Wide Focus

I grew up in a very different style of church. We went to church on Sunday morning and heard one subject. Then we went to Sunday school and heard another subject. Then we went back on Sunday night and heard a third subject. And then we came back for the midweek service and studied a fourth subject! I never had a clue what series we were in or what it was all about. It was just a mishmash of subjects. At North Coast, we cover less material with sermon-based groups, but our people know what we’re covering. Our focus is sharper.

In the small groups world, it’s common to group new believers with long-time Christians. The idea is that we want to keep new believers from getting intimidated. They might get swallowed up—especially by those overachievers who can pronounce all the big words and places properly. New believers often can’t figure out if it’s “Job” or “job.” So we try to keep them away from the long-time Christians and start new-believer groups instead.

But does that really make sense? Is it really the best idea to get the nursery full of little kids and then make sure no adults show up? I don’t think so. And it’s certainly not the best way to make sure people stick with the church and grow. But sermon-based groups give us another option.

I don’t watch a lot of movies, so when I come across a group of people critiquing a certain film, I generally try to stay out of their way. I get intimidated by my ignorance. But if those people are talking about a movie that I’ve actually taken the time to see, I’m in on the discussion. I stand my ground because I saw the film, and I have an opinion that’s based on my own experience.

The same is true of new believers who participate in a sermon-based small group. When Larry Long-Timer begins to pronounce all of the difficult words and throw out quotes from John Calvin or Chuck Swindoll, the new believer is more likely to stand his ground and offer his own opinion, because he’s experienced the sermon himself. He’ll feel like an expert based on his own experience, even if he feels lost when it comes to the genre of the Bible.

Every small-group curriculum I have ever seen has had at least one idiot question. For instance, if we’re doing a study based on 1 Timothy, and the opening verse says, “…from Paul to Timothy,” and then question number one in the curriculum guide is, “Who wrote 1 Timothy?” I call that an idiot question. It bores people to death. But there’s a good reason those idiot questions are in every curriculum study guide. Because without the idiot questions, you can’t set the context.

But when small groups are sermon-based, the context is set in the message. The sermon gets everyone together on the same page. So group leaders are free to get right into the parallel passages and personal application.

They Help with Leadership Recruitment

If you’re going to lead a group Bible study on Colossians, you need a pretty good grasp on the entire book. Otherwise you’ll find yourself saying things in chapter one that don’t fit with what’s said in chapters two through four. You also need to understand the difference between a good question and a bad question. In addition, you’ll need to bring some of your own research and ideas to the study; otherwise, you’re going to be answering a lot of questions with, “I don’t know.” That’s a pretty high bar to get over.

But if you lead a sermon-based small group, all you need to be is growing spiritually, excited about God’s Word, and have the ability to draw group members together and keep them together. Unlike skilled Bible teachers, I’ve found that these kinds of people grow on trees!

In my experience with recruiting group leaders, there are not many people who can lead an inductive Bible study, but there are lots of people who can facilitate a discussion of a sermon everyone has heard. Few people can teach well, especially in our culture of mass media and heightened expectation. But God has always made sure there are enough shepherds for his flock. At North Coast, they are called small-group leaders. And when they aren’t asked to do too much, they aren’t too hard to find.

Why You Should Consider Sermon-Based Small Groups

What Type of Studies Should We Use?

Determine whether sermon-based studies or a la carte studies would work best in your context.
Sam O'Neal
Training Tool

How to write engaging group studies that tie into your pastor's sermons
Larry Osborne, Rick Lowry, Joel Comiskey, and others
Article

Why I'm Such a Believer in Sermon-Based Small Groups

Three reasons that just might convince you
Jay Firebaugh
Article

Pulling Off a Successful All-Church Campaign

Here are the main benefits and challenges.
by Bill Search