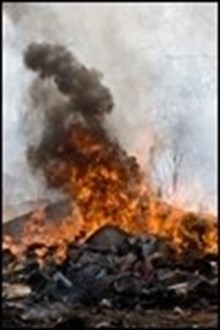 What the Bible Really Says About Hell

Bill Hybels, Timothy Keller, and Timothy Peck give us their perspective on this weighty topic.
Kyle White
expand

Jesus talked a lot about hell, always as a warning. But modern Christians are often reluctant to give such a negative message. So what exactly does the Bible say about hell? And how should we believe and teach on this subject? We've assembled the teaching of three respected teachers to give us their wisdom and perspective on this weighty topic: Timothy Keller, Bill Hybels, and Timothy Peck.

Is the God of Christianity an Angry Judge?
An understanding of the doctrine of hell is crucial to knowing God.
Perspective from Luke 16 by Timothy Keller

One of the things that troubles people most about Christianity is the teaching that God is a judge who consigns people to hell. How can we possibly reconcile the concept of judgment and hell with the idea of a loving God? They just don't seem to go together. But the Christian understanding of hell is crucial for understanding our own hearts, for living at peace in the world, and for knowing the love of God.

What Does the Bible Say About Hell?
Hell is a spiritual reality that can be countered only by the Cross of Christ.
Perspective from Matthew 13 by Bill Hybels

Do you really believe in a hell as well as a heaven? Or have you done your best not to think about it? Most of us don't like thinking about hell; we don't like the fact that some of our loved ones are headed that way based on the decisions they're making every day. But you cannot read your Bible without being confronted by the fact that Jesus believed in a hell and warned us about it, because he knew most people would try desperately to block the reality of hell from their thoughts.

What Is Beyond Death's Door?
Hell is the real, final destiny of those who reject God's love.
Perspectives from Revelation 20 by Timothy Peck

This Study Through the Bible Course is based on sermons from www.PreachingToday.com.

What the Bible Really Says About Hell