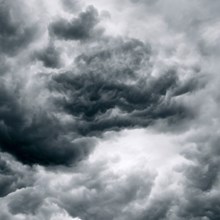 Why God’s judgments are expressions of his love.
Stan Guthrie
expand

In the second century after the coming of Christ, Marcion, a ship owner and son of a bishop, began spreading a doctrine that seemingly reconciled the vengeful wrath of God in the Old Testament with the gracious love of God in the New Testament. Marcion decided that the reason that the teachings appeared to conflict is because there were actually two different deities—a God of judgment and a God of love. Marcion was eventually excommunicated as a heretic. Yet his doctrine lives on, if not in formal creeds of the church, in the hearts of people—even if sometimes unconsciously. It is an issue all thoughtful Christians must grapple with, sooner or later.

In her Christianity Today article, Linda Falter describes a time when her daughter asked, "Should a God who commands his people to wage war be worshiped– The girl was troubled by passages in the Pentateuch (the first five books of the Old Testament) that describe the bloody conquest of Canaan by the Israelites. Falter decided not to give her daughter an easy, pat answer because, truth be told, she was troubled by the same thing.

—Teaching point one: God's wrath is not impulsive and uncertain but patient and sure.

—Teaching point two:God must stamp out evil to protect his people.

—Teaching point three:God's wrath and mercy come together at the Cross.

—Teaching point four:God's righteous judgments reflect his glory as much as his mercy does.

—Teaching point five:Suffering does not get the final word.