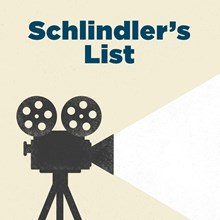 A drama about the abuse of power, the horror of unbridled evil, and the difference one man can make.
Keith Howland
expand

Schindler’s List stars Liam Neeson as Oskar Schindler, a wartime profiteer who aims to make a fortune off the plight of the oppressed Jews and the prosperity of their Nazi oppressors. He succeeds, but he eventually comes to value human life more than riches, exchanging his wealth for the safety of those he had sought to exploit.

This discussion guide looks at the movie’s themes of rampant evil, the character of heroism, the quandary of human suffering, and salvation.