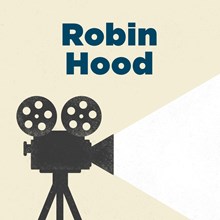 Labeled an outlaw by “divinely appointed” King John, the legendary archer must work outside the law to fight for what’s right and defend the oppressed.
Russ Breimeier
expand

In this modern “origins story” of the Robin Hood legend, a jaded archer returns from the Crusades with no interest in fighting for England any more. But on his way home, he encounters a dying soldier with a request that sparks something within him. It’s the beginning of a path that will lead to him to discover his past and to rally together with a selfish king and all of England to thwart conspiracy and a French invasion.

This guide will help you discuss some of the questions raised by this film and the Robin Hood legend that inspired it. Are kings and leaders worthy of our respect even when they do not act in our best interest? Should we always obey the law, even when it’s oppressive? At what point should we make a stand and fight for what’s right…and at what cost?