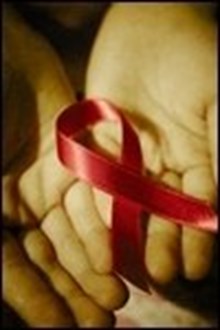 No Child Left to Die

We have an opportunity to help save children from HIV. We also have a responsibility—from God.
Stan Guthrie
expand

Since the 1980s, the specter of HIV/AIDS has loomed like a shadow over much of humanity—especially in the poorer regions of the globe. While many who have contracted the incurable disease in the United States have been homosexual, that is not the case in Asia and Africa. In fact, many victims in these areas have picked up the malady not through sexual promiscuity, but from unfaithful husbands. Even sadder is the plight of many AIDS sufferers who are children, who inadvertently got it from their mothers when they were born. Besides the personal, human toll of families being torn apart, HIV/AIDS has brought almost incomprehensible devastation across countries and continents, both for this generation and the next.

Yet scientists and health workers have been diligently working to find drug therapies that will keep AIDS under control. Even better, they have discovered ways to prevent—or at least greatly reduce the risk of—mother-to-child transmission of the HIV virus. And they are starting to report amazing medical breakthroughs. But such therapies will do no good if we cannot get them to the people who need them—and help them stick with the treatment.

That's where churches and Christians can help. But are we willing?

—Teaching point one: God provides for the seemingly forgotten.

—Teaching point two: Jesus has compassion on the suffering.

—Teaching point three: We and our faith will be judged based on what we do with the lowly.

—Teaching point five: We are called to act in a neighborly way to others, whoever they are.

No Child Left to Die