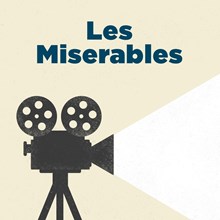 Les Misérables follows the life of one man in pre-revolutionary France as he struggles to be free of his past—and transforms many lives through the power of grace.
Amy Simpson
expand

This film is the 2012 musical adaptation of Victor Hugo's classic novel. We see convict Jean Valjean's pardon and redemption at the hands of a fiercely loving bishop. We then watch as his transformed life brings hope to others in the midst of economic and political turmoil. When a ruthless police inspector recognizes Valjean, he is forced to face his past. Eventually, when justice is satisfied, and as the people of France call for freedom, Valjean is freed from the burden of his crime.

This study will help you discuss some of the prominent themes in Les Misérables. How does this film portray the power of redemption? What role does justice play in this story? How does grace make a difference? When and why might war be justified?