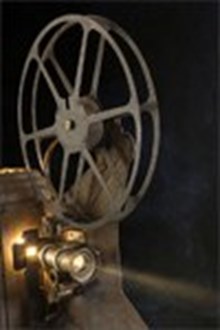 God in the Movies

Interpretations of God found in film are significant. What is true and what is not?
expand

Over the years, Hollywood has portrayed God in a variety of different ways. Some movies paint God in a positive light, while others portray him as distant or uncaring. In this 13-session study plan, discover what we can learn about God and faith through the lens of various films. Also, learn how to distinguish the truth from the lies.

The Ten Commandments
A biblical epic depicting Moses and the Hebrew journey from slavery to freedom and the knowledge of God's law.

This film helps us understand the purpose of law, and that even with political freedom, we can become slaves to our sins.

Chariots of Fire
A real-life drama about the character, motives, and challenges of two men running for gold in the 1924 Olympics.

How can people glorify God by using their abilities? How does God honor those who honor him? How does the movie convey the metaphor of faith as a race?

Luther
The real-life story of the monk who sparked the Reformation and changed western civilization.

Ben-Hur
A thrilling spectacle about a man ravaged by betrayal, gripped by vengeance, and restored by Christ.

How does forgiveness succeed when vengeance fails? How can we wait for God with faith and hope? What is it like to encounter Jesus?

The Gospel of John
for God loved the world so much

What did Jesus teach? How did he interact with other people? What did he command people to do? What was Jesus like as a person? How was he glorified by God?

Kingdom of Heaven
This historical epic follows one man's quest to find redemption amid the chaos of Crusades-era Jerusalem.

What does the movie say about our ability to discern God's will? How can Christians affirm their beliefs while charitably engaging people of other religions?

Beyond the Gates of Splendor
A documentary about the sacrifice of five men that led to the redemption of a whole tribe.

What are people like without law, left to their own devices? How do we live in the shadow of death? How can we love our enemies?.

End of the Spear
This inspirational film tells how the sacrifice of the Ecuador martyrs and courage of their families helped lead the ruthless Waodani tribe toward redemption.

What is the message the missionaries risked so much to share? Why would the Ecuador martyrs willingly give their lives? And why did the martyrs' families forgive the Waodani for spearing the five defenseless men?

Saved!
A satirical comedy about Christian culture and beliefs.

Some Christians see this movie as portraying all evangelicals as hypocritical, judgmental, and intolerant. Other Christians believe there that the church can learn from the movie's observations about evangelical culture.

Millions
More money than you ever believed possible.

What power can money have over us? How does Scripture tell us to handle money and greed?

What does it mean to say that Christianity leads to both spiritual meditation and social action? Can any profession be used for ministry? And why do we often need to personally witness injustice to take action?

Bruce Almighty
A comedy that illustrates the power, presence, and goodness of God.

This discussion guide looks at the movie's themes of injustice in this world, our response to God, and the goodness of God's authority over our lives.

The Passion of the Christ
A wrenching portrayal of the brutality of Christ's crucifixion.

Who was Jesus, and why does his identity matter? What roles do fear and power play in this story, and what does it mean to carry a cross?

God in the Movies