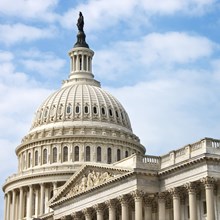 How should the kingdom of God affect the kingdoms of this world?
Wayne Brouwer
expand

We learn early in school about the different branches of government. We discuss terms like "balance of powers" and play out scenarios of one branch of our government acting as a check on another branch. On paper, with textbook diagrams, government looks clean and simple. But in real life it is neither.

Every society is built upon a set of mores—moral and ethical principles—that shape specific laws and regulations within its borders. While these mores usually reflect a majority philosophy or set of values, they are rarely absolute or unchallenged. This study looks at the nature of government and how Christianity interacts with it on controversial issues.

—Teaching point one: God is sovereign.

—Teaching point three: Citizenship responsibilities for Christians may take a variety of forms.