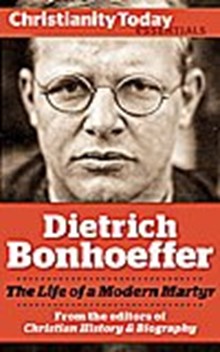 The Life of a Modern Martyr
expand

Dietrich Bonhoeffer was a man who understood suffering. He traded the prominence of an aristocratic upbringing in Berlin for the unpopular roles of theologian and pastor. In an era when the German church widely embraced Hitler, he rejected Nazism and started the "Confessing Church" movement. Recent years have seen widely varying interpretations of his life and role in Christian and world history. So where does the truth lie?

This collection of essays and resources from key scholars gives accurate historical and religious context to the German pastor's life. It is an exceptional resource for anyone interested in the life of this unique man, and can be used as a companion resource for other biographies, discussion groups, and personal study. You will gain new insights into Bonhoeffer's faith and appreciation for the many difficulties that led up to his death at the hands of his Nazi captors.

• Chapter 1: The Life and Death of a Modern Martyr Geffrey B. Kelly