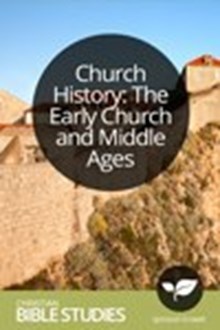 Of course you know that "those who fail to learn from history are doomed to repeat it." Well, you and the members of your small group have the benefit of learning a great deal with this Christian History study. And you don't have to be a historian or seminary graduate to lead this course successfully. Concepts and events are explained fully, and as a leader you get helpful background material. Plus, each session gives you everything you need—activities, teaching points, and discussion starters.

Note: Most of the sessions below contain one or more articles from the award-winning Christian History magazine—included free with your lesson.

Persecution in the Early Church
Beginning as a despised, illegal sect, Christianity endured 300 years of persecution to emerge as the dominant force in the Roman Empire.

Heresy and Doctrine in the Early Church
In the first few centuries of Christianity, teachers taught wildly different ideas about who Jesus was.

Christianity Becomes the State Religion
In the fourth century, Christianity moved from being a persecuted sect to being the official religion of the Roman Empire.

Monks and Missionaries
As Christianity became culturally assimilated, monks sought to live pure Christian lives by separating themselves from society and taking the gospel to Europe.

The Rise of the Papacy
In the Middle Ages, the church, especially in the office of the pope, wielded great political power.

The Crusades
During this era, thousands of Christians marched on the Holy Land to conquer it in the name of Christ.

Eastern Christianity
Early on, Christians in the eastern Roman Empire developed unique practices and beliefs that led to a major branch of Christianity.

Total number of pages for all 7 sessions - 96