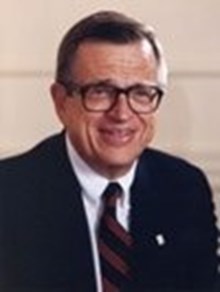 Unfortunately, many Christians would never think to talk about politics, homosexuality, or animal rights with other believers. These topics feel taboo, and in the name of unity, we shy away from discussing any of these potentially heated topics. Charles Colson makes a great point, though: "If Christianity is true, then it bears on every aspect of life—and we must seek to examine all things temporal in light of the eternal. If we confine our faith to just 'spiritual' topics, we begin to think inwardly, talk only to ourselves, and make little impact on our world." In that vein, these nine sessions will help you think in a Christian manner about today's biggest issues.

Based on the Christianity Today article, "Playing It Safe Is Just Playing," by Charles Colson.

Christianity is still strong in America. But so are divorce, abortion, promiscuity, and crime. Why are Christians not having more of an effect on secular society? Charles Colson believes Christians have separated the "Christian" part of their lives from the everyday, secular part. How can Christians allow their faith to permeate the whole world? How can we develop Christian minds?

Caring for Our Community

Based on the Christianity Today article "Being Here," by Charles Colson with Anne Morse.

In his letter to the Galatian Christians, the apostle Paul wrote, "Therefore, as we have opportunity, let us do good to all people, especially to those who belong to the family of believers" (6:10). This instruction has sometimes been reduced to the proverb "Charity begins at home." How do we balance our responsibilities toward the communities in which we live with our responsibility to nurture those within the community of faith? How do we help those in our neighborhood while also following our mandate to bring the gospel to the ends of the earth?

Based on the Christianity Today article "Hitting the Brakes," by Charles Colson with Anne Morse.

Every society is built upon a set of mores—moral and ethical principles—that shape specific laws and regulations within its borders. While these mores usually reflect a majority philosophy or set of values, they are rarely absolute or unchallenged. This study looks at the nature of government and how Christianity interacts with it on controversial issues such as gay marriage.

The Value of Human Life

Based on the Christianity Today article "The $65,000 Question," by Charles Colson.

It costs $65,000 a year to keep Charles Colson's autistic grandson Max in a special-needs school. Utilitarian philosophers such as Peter Singer would decry this expenditure as a giant waste, because Max will never lead a normal life, and he and other students like him completely disrupt the lives of their caregivers. Besides, think of all that could be purchased with that $65,000—medicines for African AIDS victims, meals for the homeless, childcare for single mothers, new police cars for violent neighborhoods. Investing so much in the education of one autistic boy makes no logical sense, but Colson believes it's the right thing to do.

Based on the Christianity Today article "The Wages of Secularism," by Charles Colson.

Chuck Colson says the financial scandals of America are not merely about bad business decisions; they are about the moral collapse of American business—and Christians have the responsibility of bringing integrity back into the marketplace. In this study, we'll examine the biblical concept of integrity. ense, but Colson believes it's the right thing to do.

Based on the Christianity Today article "Just War In Iraq," by Charles Colson.

As this study was being prepared, President Bush was trying to muster support at home and abroad for a preemptive attack on Iraq. Many people were rightly debating, "Is it right for the U.S. to invade Iraq?" Whether the Iraqi situation is ongoing or long past, the central issues raised in this debate will continue to be discussed until the Prince of Peace returns. This study explores the concept of just war, and particularly, whether it is ever appropriate for a nation to strike first in a war.

How Far to Go With Animal Rights?

Based on the Christianity Today article "Taming Beasts," by Charles Colson.

Sure, humans and animals are different. But the line of differentiation is blurred at times as animal rights are championed with increasing fervor. There are literally hundreds of websites of animal rights activists today, including PETA (People for the Ethical Treatment of Animals), Animal Protection Association, All Paws Animal Rescue, and Animal Concerns. Let's dig into Scripture to help formulate an informed, reasonable, and responsible way to deal with God's creatures—and activists who champion their rights.

The U.S. government continues to debate whether to pursue stem cell therapy research. True, embryos are destroyed in the process of trying to save people with life-threatening illnesses or injuries, but, according to late actor Christopher Reeves, the government must approve such research because its job is to do the greatest good for the greatest number of people. What's our response?

Is the Lottery Harmless Fun?

Based on the Christianity Today article "The Myth of the Money Tree," by Charles Colson.

You probably would not find the average Christian risking large sums at roulette or blackjack in Las Vegas. But you might see him or her buying a lottery ticket. Is the lottery considered gambling? How might state-run lotteries influence our thinking in ways we don't even realize?