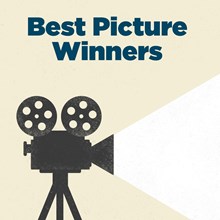 What can we learn about God from these amazing stories told with breath-taking cinema?
expand

Explore the significance of these five Best Picture winners. What can we learn about God from these amazing stories told with breath-taking cinema?

Crash
A drama depicting a community's true-to-life struggle with racism, alienation, and rage.

Million Dollar Baby
A drama about a boxing coach struggling to maintain his faith in a God who does not seem to answer his prayers, and a young woman who boxes as a way of overcoming her wounded past.

Gladiator
This epic film set in the second-century Roman Empire follows a general's fall from power and subsequent struggle for revenge against a treacherous Caesar.

A Beautiful Mind
An Oscar-winning drama about love, ambition, and paranoia.

Schindler's List
A drama about the abuse of power, the horror of unbridled evil, and the difference one man can make.