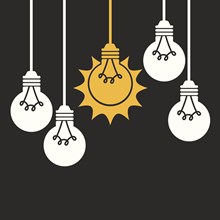 Note: This article is excerpted from our training tool Recruit Great Coaches .

To recruit great small-group coaches, a lot depends on what you expect your coaches to do. Are you doing huddle-based coaching or one-on-one? Do your coaches have responsibilities for any of the logistics of group life or are they solely focused on pastoral care?

At National Community Church, coaches are a support for small-group leaders who disciple and care for group members. A coach is a leader of leaders, providing care, guidance, and encouragement. Coaches facilitate monthly huddles for their leaders and meet one-on-one as needed.

That means when I’m looking for coaches, I look for people who are experienced at leading small groups. They’re the kind of people who will know what to do in various group situations, like when someone talks too much or there’s a too-big-to-handle pastoral care issue. They need to have the wisdom to navigate difficult situations with grace. They also need to be able to operate without continual reminders because the directors depend on them to take some of the load off their plate.

While much of that is unique to National Community Church, there are four attributes all coaches need, regardless of structure: character, competence, chemistry, and commitment.

This is so fundamental that it’s easy to overlook. But it’s incredibly important that coaches are full of character. Though your coaches may not operate as elders in your context, their responsibilities align with the biblical description: to settle disputes, pray for the sick, watch out for issues that may arise, and spend their time praying and teaching.

With that in mind, it seems the qualifications for coaches should match those for elders outlined in 1 Timothy 3: above reproach, humble, calm, sober, peaceful, generous, hospitable, a lover of good, holy, disciplined, unwavering, prudent, respectable, able to teach, gentle, having a good reputation, and not new to the faith.

Jim Collins calls these permission-to-play values. In other words, if someone doesn’t have these basic character traits, you can stop right now.

I can train new coaches in some of the skills necessary for their specific role, but they need to bring something to the table. There are a few areas where I’m looking for competency.

The first is leadership. This is crucial to the coaching role. Small-group leaders don’t necessarily need to be great leaders. They can lead a group well with other traits: hospitable, knowledgeable, and relational. But if coaches are leaders of leaders, it’s not enough simply to be hospitable—you have to be the kind of person people want to follow.

Leaders aren’t just looking for a friend or a good meal—although that can certainly help! Instead, leaders have hills that need taking and problems that need solving. They look to their coach to help figure those things out. If coaches are just hospitable and can’t help chart a clear path forward, group leaders will quickly find better things to do with their time.

The second area of competence I look for is good small-group leadership. It’s not necessary that coaches are great small-group leaders. In fact, your best coaches may not be great group leaders. I’m certainly not an amazing group leader. I’m merely average at facilitating discussion. I understand the skills well enough, however, to help struggling leaders think through their issues. Coaches should have some experience leading a group so they can understand the skills leaders need and the issues they face. This helps them coach well.

The third area of competence I look for is wisdom and discernment. As you gain more leadership responsibility, the number of people for whom you’re responsible—and consequently the number and type of situations you’ll need to handle—increases exponentially. If the average group leader is responsible for 8 people, and the average coach is responsible for 5 groups, then each coach bears responsibility for 40 people. And while a coach primarily talks with those 5 leaders, they also need to be aware of the issues that the 40 group members are facing. Plus, there are occasional times that a coach will need to talk directly with group members. Coaches need the wisdom to know when to let the leader handle the issue and when to get involved directly.

Frankly, I need to like my coaches. Life is too short for me to pick team members that I don’t like. Plus, they need to be compatible with other coaches and leaders on the team. Some might argue that if a coach has the right character and competency, then it shouldn’t matter whether you’re friends.

I might not be besties with everyone on my team, but if I really don’t get along with someone, or the person messes with the overall team dynamic, it’s not a good match. It doesn’t matter how good a person may seem. Without some chemistry, productivity will suffer, and you’ll see turnover on your team.

For a long time I stopped there, but I recently learned a hard lesson about the need for commitment. You can have upstanding, highly-skilled coaches who you really like, but if they’re not committed, you might as well pack it in. Commitment is important for any endeavor, but it’s especially important for small-group coaches.

The biggest difficulty coaches face is getting leaders to participate in training and coaching. If coaches aren’t committed and engaged, if they’re flaky, if they haven’t bought into the value of coaching, there’s no way their leaders will be engaged.

Committed coaches go the extra mile to accomplish the objective when the first attempt doesn’t work out. They pursue leaders consistently and persistently. They take pride in a job well done.

One point of caution: it can be hard to discern whether a potential coach is truly committed. Sometimes potential coaches are excited because they like you. Sometimes they seem eager because they see the need and value of coaching, but they’re already overcommitted or simply aren’t that interested in doing it themselves. When you’re talking with potential coaches, ask them whether coaching is something they’re committed to and excited about or if they’re signing up simply to fill a need or because they were asked. Get to the heart of their real reason for stepping into this role.

John Maxwell’s leadership mantra is “Everything rises and falls on leadership,” and that holds true in small-group coaching. If you take the time to recruit coaches with character, competence, chemistry, and commitment, it’s inevitable that your ministry will make disciples and advance the kingdom.

Note: This article is excerpted from our training tool Recruit Great Coaches.

—Will Johnston is the former Small Group Catalyst for National Community Church in Washington, D.C.; copyright 2015 by Christianity Today.