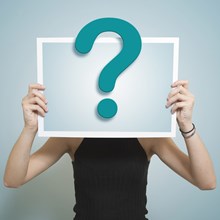 My dad was a salesman his whole life. One of the things I learned from him about selling is that the most difficult thing for new salesmen to learn is to actually "make the ask." They have no problem chatting up customers and discussing the benefits of their product, but they have difficulty asking the customer directly if they want to buy!

I've realized that this is difficult for most small-group leaders as well. We make general appeals to the group, but hesitate to make direct requests to specific people. However, I've learned if you are going to lead a small group well, you have to learn to "make the ask."

When we do this, though, we're not allowing our group members to be all they can be. Here are two common reasons we don't "make the ask":

1. We think a general appeal is enough.

We figure they've heard our appeal and they would have stepped forward if they wanted to do it. Truthfully, most people don't give something serious thought until they're asked directly. So while we assume they've thought about it and have decided not to, the fact is they likely haven't considered it at all.

Plus, we must consider that even if group members do think about it initially, they may forget about it before responding. Just because we're spending a lot of time thinking about it doesn't mean they are. Additionally, many won't assume they are qualified or able to help out unless they're asked specifically. When we ask them directly we tell them we believe they are qualified.

We can ask without being pushy. Good boundaries allow us to ask people and always let them say "no." When I ask someone to do something, I believe they will benefit from it. I know that by using their gifts and talents, they will be blessed, and they'll be able to serve the kingdom.

Chances are, you feel the same way. We know they'd benefit from increasing their ownership of the group, or from seeing how God uses them, or from building confidence in their abilities. So don't be afraid you're being pushy.

You have their best at heart. Make the benefits clear to them and give them the grace to say "no" if it doesn't seem like the right time or right way to serve. The Holy Spirit will tell them what to do.

So stop being afraid to "make the ask." Don't be content with simply making a general plea. When you begin asking directly, your group members will grow and flourish.

—Jay Firebaugh is the Director of Small Groups at New Life Church in Gahanna, Ohio.