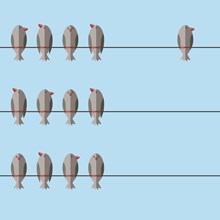 Are singles welcome in your ministry?
Joy Beth Smith
expand

Tuesday night at 6:30. That might could work. Wednesday at 8 A.M.? Out of the question. Oh, Thursday night at 7. That’s perfect.

That’s okay, I thought, I’m used to being the outlier. Resolved to attend regardless of the intended audience, I then saw my pastor walking over. “Oh, Pastor! Perfect. I was trying to figure out which small group to sign up for, but I can’t find one for young adults or even singles,” I said, giving him my most pointed stare.

My frustration over my church’s lack of intentional ministry toward single people had been growing; ironically, it was one of the reasons I felt led to stay at this particular church—there was no young adult ministry to speak of, and I knew that I could help launch one.

“These groups aren’t meant for you,” he said with a smile. “It seems like the perfect time to try and launch a group for singles though, doesn’t it?”

Starting a Group from Scratch

This is how I found myself stuck yet again. My well-intentioned pastor didn’t mean to offend me with his comments—he was just being honest. Those groups aren’t meant for single people, and the discussions they’d be having would probably center on concerns that I don’t share. But it now seemed like my only options were either to knowingly enter a group as the outsider, feeling even more conspicuous as I settle into a weekly rhythm as the ninth or eleventh wheel, or to start a group of my own, which wouldn’t be an easy task with only a handful of other people who linger in that no-man’s land nestled between graduating college and starting a family.

I’ve always been resourceful (another way of saying ridiculously stubborn), so after this conversation I tried to rise to the challenge. I reached out to the four other people about my age who I thought might come. I also tried to get a list from the church secretary of people registered with the church who might be interested in a group like this. I begged the pastor to let me make an announcement on a Sunday morning, feeling that maybe seeing an actual young, single adult advertising the group might help draw people in, but my request was placated with a small announcement in the bottom corner of the bulletin. So I prayed hard for wisdom on how to conjure up a thriving singles small group from scratch.

Sadly, the group never took off. We met a few times with dwindling numbers each week, and eventually we quit altogether, blaming it on busy schedules and a lack of free weeknights. But the truth was abundantly clear: starting a small group is incredibly difficult, and starting one without much support, resources, or help from the church is pretty much doomed to fail.

What’s sad to me is that my experience is far from unique. When I tell this tale to other single people, they share their own horror stories. One woman signed up for a small group with four sets of parents and belatedly realized they expected her to babysit the kids each week. Another friend shared her frustration of being in a small group that initially welcomed her but does little to cater the study or discussion to anything but practical marriage advice. Worse, the group was jokingly referred to as “Pairs and Spares,” a jab that hurt my friend’s feelings immensely.

Based on the events and ministries the church prioritizes, including small groups, being married appears to be more important and valued. For men and women already dissatisfied with their single status, this message only makes them more aware of what they lack. The emphasis on family, while occasionally hard on me, is fairly easy to understand. I assume the general population skews heavily toward married couples with children, and the church is simply addressing the needs of the majority. This assumption, however, is completely inaccurate.

Despite the fact that married couples seem to dominate churches and small groups, only 18.5 percent of all families in the U.S. actually meet this traditional, nuclear ideal (a husband and wife who have children). Yet how much programming in our churches, and specifically in our small groups, caters to this group that, as it turns out, is a stark minority? With single people now outnumbering marrieds in America, making up over 50.2 percent and 124.6 million people, I’d challenge you to think of the number of singles to marrieds in your small groups. Do they reflect this ratio? Probably not.

The lack of singles in small groups indicates a much deeper problem. More and more, single people are actually leaving the church, so it’s hard to find them sitting in pews, much less bringing a dish to a Wednesday night small group.

Not only are single people leaving the church—they are avoiding groups. Singles, like me, who are tired of slinking in alone and feeling uncomfortable when group small talk seems to revolve around children or spouses, aren’t feeling welcomed in the very community that we desperately need. And that fact is that you need us, too. We have so much offer: our time, our insights, and our talents. The church can’t stand to lose us, and we can’t stand to lose her. My deepest hope is to see singles reconciled to the body of Christ, finding the community they crave and need in the absence of a family, and I believe thriving, inclusive small groups are the key to this reconciliation.

The hard thing about discussing “singles” as a group is we’re so diverse in interests, experiences, and even age; the only thing we have in common is the one thing we all lack—a spouse. This means that if you ask ten single people what their ideal small group would be, you’re likely to get a variety of answers.

For me, the ideal small group would be one made up of other single young adults who are committed to both Bible study and coming together as a community. This desire grows out of the fact that even though I’ve lived in the Chicagoland area for 18 months, I’ve yet to plant deep roots and find the accountability and spiritual community I crave.

Others, who already have these basic needs met, will undoubtedly long for a small group that integrates marrieds and singles, perhaps even crossing generational lines, so they can be exposed to people in different professional and life stages. I have one friend who is actively seeking a women’s small group that navigates biblical womanhood, even—and perhaps especially—apart from motherhood and marriage, a difficult tension that she’s yet to find.

Identifying the struggles and needs of the singles around you makes a great platform for discussing how your small group ministry can better cater to this group. As so much of small groups’ community is built on relationships—how many single people do you know well? When’s the last time you’ve had them over to your house? Does your church offer a selection of small groups where singles would feel included and welcomed? How can you intentionally adjust the week-to-week discussions to include outliers, like singles, who won’t be facing the same problems as the majority of attendees? How does your ministry show hospitality toward single people? Ultimately, how can small groups act as the lifeline we need to reconnect single people who may have left the church but still crave community?

—Joy Beth Smith is one of the many reluctant singles you may find in your pews. You can find her on Facebook, Twitter, Instagram, and on her shiny new blog. 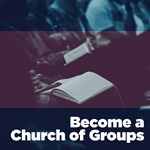