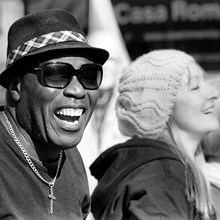 Rich and Dori Gorman co-pastor NewStory Church in the Edgewater neighborhood of Chicago. The diverse congregation has made a big impact on the neighborhood through their intentional work in racial reconciliation, mental health justice, creation care, and Friends of Swift, a non-profit organization they started to invest in the elementary school the church meets in.

Amy Jackson: Why is racial reconciliation so important to NewStory Church?

Rich Gorman: There are two primary reasons. The first is it's a biblical mandate, and the gospel demands it. We are called, as we're reconciled to God, to be reconciled to one another across all the things that divide us. So we see a number of different glaring divisions that are facing us today—race being a primary one, but also gender, age, socioeconomic, and geographic. We feel like one of the compelling parts of the gospel is that Christ eradicates those divisions, or at least calls us to step into a process of eradicating them.

The second reason is that our neighborhood is radically diverse. We've got people from countries all over the place. For us, racial reconciliation is not a theory, and it's not something that's distant; it's something that stares us right in the face every single day. So just from a standpoint of practicality, we are forced to engage in it in a tangible, real life kind of way.

How does NewStory engage racial reconciliation?

When you look at being a multiethnic and reconciling church, you have to look at all the different layers of who you are as a church. It can't be pocketed in one area or another—it really needs to be threaded throughout everything you are. So we do a number of different things. On Sundays we talk about it a lot. We talk about race, we talk about culture, and we work to develop a robust theology of culture to understand how God uses cultures for his glory. Our worship service reflects this through song choices and the diverse voices of people singing and speaking. All of this is very intentional.

Our leadership is also very diverse, and that's really where the rubber meets the road. You can have a diverse congregation and even have a diverse worship service, but unless your leadership is diverse it's not fully what it can be. The hard issues that have to be dealt with need to be dealt with at the leadership table so everything else can flow out more naturally. As a staff, we strive to be diverse. We feel like it's part of our identity as a church, so it's really important.

Tell me about how this works out in small groups.

First of all, we knew the best way to start was to start small and start slow with just one group, one small conversation. We didn't want it to be a program because that hurts people. Second, we wanted to let the people who aren't white lead. This is a kingdom thing—you flip the world of privilege on its head. They get to set the ground rules. And you gain immediate credibility if the non-white people are leading it.

The deepest work that needs to happen really happens within the small group, and flows from there out into the rest of the church. We regularly offer racial reconciliation small groups where people come together to intentionally engage in the hot topic issues around race. So for example, this season we are utilizing TED talks and looking at issues of mass incarceration, gun violence, systemic racial injustice, and really digging into those areas. It's meant to be a safe space for people who either have a lot of exposure to these topics and people who have none. It's always interesting conversations.

We try to set people up really well, so we say, as part of a multiethnic, reconciling church there is a 100 percent chance they will be offended and a 100 percent chance that they will offend somebody. We have to accept that and assume that will happen—not because anybody is intending to, just because we don't know. One of the biggest issues around racial reconciliation is that there's so much ignorance. We make a lot of assumptions. Until we get together in the same room and start working those things out, we will always have ignorance and assumptions. So we make it okay to say wrong things, and we make it okay to say things that might step on somebody's toes.

What we try to do is teach and train people how to have conversations—how do you actually go to somebody and say, "Hey, when you said that, it really hit me the wrong way" or "That was offensive to me because of this." And not to go to that person accusing, but go to them honestly trying to help them understand. As long as we're seeking to understand, it goes really well. If you're coming in with an agenda to argue or debate, it's not going to go well. If you don't have healthy conflict resolution, you're kind of sunk. If we're called to bear each other's burdens, we need to know what those burdens are, and the burden of race in our society is a heavy one.

One of the things we encourage everyone to go through within the first year of being part of our church is an Emotionally Healthy Spirituality small group. It helps people understand family of origin issues, background triggers, and more. This provides a really good context for self-understanding and self-monitoring. We've found that this helps a lot when it comes to racial sensitivity, culture issues, and how all of this affects you personally.

There are a couple of things we have had to be mindful of. For many white people, when they hear the term "multiethnic" they immediately think them or those people. We want to help them understand that they are part of ethnic groups too. The tragedy is that most of us who are white don't even know our own stories because we've just kind of gotten washed up into the dominant culture.

For people who are not white, we have to make sure that they're not put into a position where they're now tasked with educating the white people. It's not about that. It's about us coming to common understanding and seeking to understand one another. So we have to help them understand that they're not being asked to take on the business of exposing their experiences for the sake of privileged people. There's real pain and hurt and wounds around all of this, so when you're inviting people into discussions about this, you have to make sure you're creating a safe environment where people aren't being reinjured and re-wounded in the places where they're already carrying a lot of baggage and a lot of wounds.

We've created the expectation that we're here seeking to understand and not trying to fix anything or solve all the problems in the world. Then there's an equal burden on everybody's plate to seek to understand and to be understood.

What has happened as a result of these racial reconciliation groups?

The primary story that always comes out from white people is, "I never really understood what this burden was like." White people who are coming from a place of privilege gain a better understanding of what it's like to be black in America.

For example, there's an African American lady in our church who lived with us for a little while. She came home from picking up some of her friend's kids from preschool, and was stopped by a police officer. She was questioned and her bag was searched for no real reason. She was really rocked by that. It was the first time that my wife realized that this stuff really happens and it really affects people—it wasn't theory anymore. When you start to hear people's stories and their burdens, that's where compassion is birthed. That's always a good thing.

People who aren't white are exposed to the fact that a lot of times white people really don't understand—not because it's willful neglect, but we're not exposed to it. White people typically grow up in very segregated areas where we're not forced to deal with it. And so understanding that is a big takeaway from the group.

We've also seen changes flowing out into relationships. We can see differences in how we're resolving conflict and seeking to understand one another. When people have parties and invite people over for dinner, we're starting to see those tables become much more diverse. People are living with a lot more intentionality because they're realizing they don't want to be part of the problem—they want to be part of the solution. And we continually encourage people to be very intentional about that.

We've found that when we start with these kinds of relational connections, the journey leads people to get involved in more systemic issues like mass incarceration and gun violence. Because there are people you love and know who are living in this reality, you want to do whatever you can to help on a systemic level.

With all the struggles involved, what keeps you going?

I think we're sitting on top of the greatest missed evangelism opportunity that we've ever seen, at least in this generation. People are screaming and wanting to know if there is any hope that a collection of people who carry a lot of racial animosity and a history of racial hatred can ever live in peaceful society—not just coexisting, but really living together.

The church has an opportunity to say, "Come and see! Jesus heals all this!" But right now, we're as infected by the racism of the world as anybody else—in fact, more so in a lot of cases. People talk about the future of the church, where it's going, the fact that there's decline. At the end of John, though, Jesus' last prayer for his people—for us—was unity. And he said the way the world will know that the Father and I are one is if you are one. I think if we steer into this and begin to work on this, over the next 20 years we will see a turnaround in that decline. As we strive and struggle and do the hard work of racial reconciliation, as we learn how to become a united people under the lordship of Jesus, I think a lot of other things—as far as the church—will begin to turn around as well.

For a Bible study your group can use, check out Racism: How Should Christians Respond? 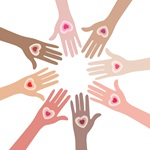 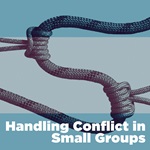