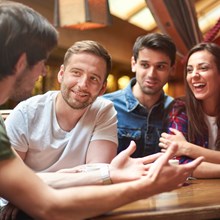 How Small Groups Are Growing the Church in Bulgaria

In a culture that’s hostile to Protestant churches, small groups are the answer.
Amy Jackson
expand

For most of us, 1989 is a distant memory. But for Tihomir Tenev, 1989—when Communism fell in Bulgaria—still affects his ministry every day.

Tenev grew up in a Christian family in Bulgaria. His father was a pastor, but when the church started growing rapidly, he was fired by the government. Tenev’s faith has been marked by Bible smuggling, underground faith, and various forms of persecution.

After the Iron Curtain fell at the end 1989, revival swept through Bulgaria from 1990 to the middle of 1992. Tenev and his wife went away to England to study at a Bible college. When they returned, they quickly formed a team to spread the gospel in their homeland. He remembers holding crusades at open air squares and stadiums with crowds of up to 40,000. People streamed forward to accept Jesus, and they witnessed many miraculous healings.

The religious freedom of Bulgaria, though, also allowed an influx of false religions and cults. The dangers of these cults were heavily covered by the media. Warnings were broadcast to stay away from any religious activity except that of the official Orthodox Church in Bulgaria. After 45 years of Communism, people had little knowledge of how to discern truth from false religions, and many became skeptical of religion in general. It was more than clear that the time for mass evangelism in Bulgaria was over.

Bulgaria technically has a separation of church and state, but throughout history, the government has had a close relationship with the Bulgarian Orthodox Church. In the most recent census, more than 75 percent of Bulgarians noted their religion as Eastern Orthodox. Protestants are definitely in the minority. In fact, Sliven, where Tenev planted a church in 1993, is roughly 1 percent Protestant.

The process of growing the church in Sliven was slow. Rather than speak to the masses, Tihomir was now speaking to as few as 20 people. He knew they needed to approach church differently if they were going to reach the people there. After much research, they decided that the cell church model could work in their context. In cell churches, most of the ministry is done in small groups during the week. On Sundays, the groups come together for a worship service. Tenev had a feeling that people would be much more receptive to visiting a small group where they knew people than attending a mass meeting at a church.

His hunch was right. Today, the church in Sliven has 20 small groups, and Tenev has helped plant two more churches in Bulgaria, one of which is starting to plant new churches itself. The churches are collectively known as DOVE Bulgaria.

The groups are where all the pastoring of the church is done, and they’re creating real disciples. When the groups meet each week, they work through the four Ws: Welcome, Worship, Word, and Works. During the welcome, the group spends a few minutes enjoying tea and biscuits, catching up, and answering an icebreaker question. Then they move on to the worship time which might include singing, praying, or asking for a word from God.

The Word portion of the meeting is not about teaching. Rather, the group discusses the Bible and how it directly applies to their lives. Nearly all of the groups at DOVE Bulgaria discuss the sermon message from the weekend. They talk through the passage and get really personal with the application. The leaders ask questions that challenge group members to change, surrender, and apply God’s truth.

When groups aren’t discussing the sermon, they follow a specific model of Bible reading. First, one person reads the entire passage aloud. Then, each group member reads aloud one verse as the group reads the passage together. Third, someone tells the whole story of the passage in his or her own words. After the three readings, group members share what God has spoken to them from the passage. This process helps group members read and learn from the Bible on their own rather than depending on a teacher. This is especially important in Sliven where so many are new believers.

In the Works time, group members talk about who they’re reaching out to. If the people have needs, the group serves them. “We encourage group members to reach out to people they are in contact with anyway and tell them about Jesus,” says Tenev. “We train people to reach out and to bring people to salvation. After that, we provide materials they can use to build the people up and teach them the basics of faith: how important it is to read the Bible, to pray, to be part of a small group, to spend time with the Lord, and to make him the Lord of your life. The purpose is to start discipling them—even if they’re not ready to come to the group yet.”

Helping people understand what it really looks like to follow Jesus—what it truly means to make him Lord of your life—is one of the most difficult parts of ministry for Tenev. In Bulgaria, “the spirit of confusion is the greatest weapon of the enemy,” he explains. Because the country is so tied with the Bulgarian Orthodox Church, most people consider themselves Christians, but that doesn’t mean it has affected their lifestyle. “They think if they go twice a year to the Orthodox Church and light a candle, that’s it. That’s so far away from the truth.” On top of that, the Orthodox Church speaks against the Protestant churches, and that’s hindering the people. It’s the main reason Tenev started to use the cell model for his church—“the people need to know you as a friend, to trust you, in order to learn what the church is about.”

In the wake of the fall of Communism and the cultural subscribers to the Orthodox Church, the church in Bulgaria continues to face an uphill battle to make disciples. But small groups have been the answer. By gathering together weekly to challenge one another, learn, and grow, these small groups are helping people make Jesus the Lord of their lives and experience the abundant life he calls us to. In Bulgaria, small groups aren’t an add-on program of the church—they are the church. And they’re effectively reaching people for Christ.

—Tihomir Tenev oversees the churches of DOVE Bulgaria and attends the church in Sliven where his son is pastor.

A special thanks to the Small Group Network for helping SmallGroups.com connect with Tihomir Tenev, whose church is a member of the SGN.

More on Small Groups Around the World 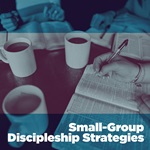 How Small Groups Are Growing the Church in Bulgaria