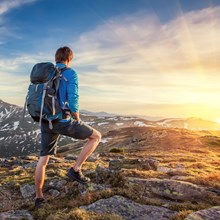 Four people, 33 and under, who are worth noting
Amy Jackson
expand

The July CT cover story features 33 people age 33 and under who are making a big impact for the kingdom. There are all sorts of leaders featured: artists, entrepreneurs, activists, and more. The article assures us that, rather than aging with the baby boomers, evangelicalism is brimming with new life as millennials take on key roles.

It got me thinking. As the small-group movement's initial leaders begin to age, who's taking up the cause? Who are the key small-group players age 33 and under?

I want to introduce you to four people—all 33 and under—who are worth noting in the small-group world. It's exciting that people of my generation—the millennials—are making an impact through small groups.

Will serves small-group leaders across the campuses of NCC. He worked on Capitol Hill for over two years before landing a spot on staff at the church—including doing social media before social media had really taken off. He's great at thinking big picture, and he has the experience to give advice on the everyday needs of small-group leaders. He's written several articles for us and contributed to multiple Training Tools.

Before working as a writer and editor for Lifeway, Sam served as the managing editor of SmallGroups.com and has numerous articles on our site. He has a passion for small groups and offers a wealth of information to leaders in his book. It's especially great for new leaders.

Ben has been the small-group pastor at two different churches, and he currently leads the ministry at Long Hollow Baptist Church. Spend just a minute with him, and you'll catch a glimpse of how much he loves people. His book, Starting Small, is a great resource for those in small-group ministry. He's also written many articles for SmallGroups.com. He has a great way of relating big concepts to ordinary life experiences. You can often find him speaking at small-group conferences.

Spence oversees the discipleship efforts of the Summit Church. He gets excited about helping people grow closer to God and mentoring. I have been impressed by how seriously he takes the command to disciple others. He recently coauthored a book on discipleship entitled The People of God. Spence has been a speaker at small-group conferences, and he has written several articles for SmallGroups.com.

I know there are many people 33 and under doing amazing ministry alongside God through small groups. In fact, I know there is a great diversity of people—including women and people of different ethnicities and heritages—who are leading the small-group movement around the world. Unfortunately, these people aren't often broadcast to a larger audience. But we have so much to learn from one another.

So share with us: Who do you know who is 33 and under and is making a big impact in the small-group world? Who is writing about, training for, and leading small groups? Share with us in the comments below.