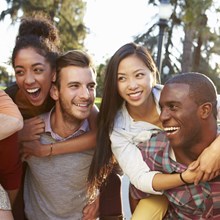 Do We Really Love Community as Much as We Say We Do?

When I started as a small-group director, I didn't foresee how many tough conversations I'd have to have. And frankly, it threw me for a loop.

I wasn't prepared for what seemed like constant conflict, and I wasn't trained for handling these tricky situations with grace. Add to that the fact that I was young, a recent college graduate, and a former member of the church's youth group, and it was tough to be taken seriously.

When a Difficult Conversation Becomes Dire

One conversation, though, stands out in my mind. As the director of our church's brand-new small-group ministry, I coached the handful of group leaders. I occasionally visited the groups to encourage the leaders and observe the health of the groups. All of my experiences had been really positive. And then I visited the final group.

I let the leader know weeks in advance about my visit, and she expressed excitement. That excitement carried over to the actual visit where she served special treats and thanked me for joining them for the night. I felt special and welcomed.

But then the discussion started, and I observed a very unhealthy group meeting. The leader started gossiping about another leader in the church, sharing very personal information. The group members eagerly discussed the information, and it became clear to me that this was the normal pattern for group meetings. In fact, the group members knew a lot of sensitive information that only the group leader should have known. I was shocked.

I stayed quiet for a while, just observing the interaction, and wondering how the leader might regain control of the meeting. As it became clear that she was the instigator, I started subtly trying to change the topic to no avail. I couldn't believe what I was witnessing, and I didn't know how to stop it.

After the meeting, I spent a lot of time in prayer. I didn't know how to bring up the problem with this leader, but I knew I needed to do it—and soon. As I looked through my coaching notes from the past few months, I noticed a trend of people leaving her group. I contacted some of the people who had left to get their story. I heard several times that the group had started to gossip and they hadn't felt comfortable.

I felt like a failure. This had been happening right under my nose, and I had no idea. I was determined to fix the problem right away, and I was worked up about how bad I had let it get. My ego was bruised, and I was embarrassed that this leader that I had trained was sharing so much sensitive information with her group members. And that drove me to want to put an end to the issue—at any cost.

I set up a meeting with the leader at a local restaurant. Over lunch I expressed what I had experienced at her group meeting and why I felt it was unacceptable. I did a lot of talking, actually. When I finally let her speak, she was furious, and she explained that she didn't respect me and wasn't going to listen to me—even if I was her coach.

It was an ugly conversation that dug a canyon between us, and, unfortunately, it was never bridged.

I still look back at that situation and consider how I might have handled it differently. I realize now that my bruised ego blinded me from approaching the situation with humility. Rather than ask for her perspective first, I jumped in with my accusations. Rather than open up the leader to have a conversation about expectations about sharing sensitive information, I prompted this leader to put up a wall of protection and shut me out.

As I've had more experiences, I've learned that difficult conversations aren't really about right and wrong as much as they are about evaluating the past and making steps to move forward—together. Difficult conversations are, after all, only needed if there is a relationship involved. They are inherently about relationships that we are, in some way, invested in. If they weren't they really wouldn't be so difficult.

In this case, I was eager to explain how wrong the leader's gossip was (and gossip really is wrong!), but my focus on right and wrong prevented us from talking about the situation, claiming the ways we'd contributed to the issue, and making a plan for the future. As Stone, Patton, and Heen write in Difficult Conversations, "Difficult conversations are almost never about getting the facts right. They are about conflicting perceptions, interpretations, and values."

If you haven't read Difficult Conversations, I'd highly recommend it. The authors explain that the reason difficult conversations are so difficult is because there's a lot going on in each of us that we aren't always aware of. Even if we are aware of them, we don't always share them with the other person. We think the difficult conversation is about delivering a message. In reality, the emotions, personal identity, and inner dialogue of both people involved are coloring the situation. As you understand these dynamics, the authors explain,

You come to appreciate the complexity of the perceptions and interactions involved, the reality of joint contribution to the problem, the central role feelings have to play, and what the issues mean to each person's self-esteem and identity. And you find that a message delivery stance no longer makes sense. In fact, you may find that you no longer have a message to deliver, but rather some information to share and some questions to ask.

I realize now that I wasn't focused on reconciling a relationship or caring for the community of her small group as much as I was focused on proving my point. And for a small-group director that spoke often about the beauty of biblical community, I was dead wrong. If I had been able to approach the conversation with that focus, I could have facilitated a conversation that clarified our differing perceptions, interpretations, and values, and there's a good chance that we could have identified steps to restore healthy community.

Ushering in the Kingdom

As leaders, we will have difficult ministry conversations. It's inevitable. But we have the power—and the responsibility—to navigate these tricky conversations with grace and with the goal of restoration. Relationships and real community are at stake. It's simply not acceptable to sit back and pray that the issue will resolve on its own. And it's simply not acceptable to approach these conversations without humility and compassion. We must find a better way so that the community that we all desire and speak so highly of is truly a reality in our contexts.

As brothers and sisters in Christ, as members of God's kingdom, we must work for reconciliation and restoration as much as we talk about loving it—maybe even more.

I have a lot I regret about that situation years ago, but I've also learned a lot. My experience has directly impacted how I approach difficult conversations today. I'm still learning, but I've realized that we each owe it to our leaders to work on this important skill. More than that, with each conflict, we have an opportunity to handle the situation with kingdom values and show the world how following Christ makes us different.

Articles|Training Tools|Bible Studies
Top 10 Bible Studies for Small GroupsThe Editors
How to Pray for Your Small-Group MinistryAndrew Wheeler
Why Small Groups?Carolyn Taketa
What Was the New Testament Church Like?Joel Comiskey
The Power of ForgivenessKeri Wyatt Kent
hide this
Recommended Training 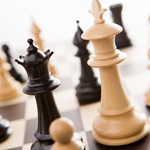 Do We Really Love Community as Much as We Say We Do?