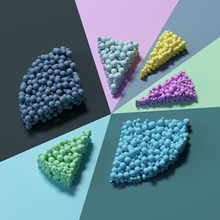 Why Dividing Small Groups Is a Dumb Idea

I know. Dumb is a strong word. But now that I've got your attention, let's see if you don't come to the same conclusion after we've looked more closely at this strategy's underlying rationale and unintended consequences.

For decades it's been an unquestioned canon within the small-group movement that healthy groups multiply by continually growing and splitting into new groups. Groups that stay together too long are considered stagnant. Those that fail to aggressively add new members are written off as uncommitted to the Great Commission. Any group that insists on remaining together gets tagged as selfish.

Admittedly, dividing to multiply is an idea that looks good on paper. It sounds great at leadership conferences. It's organic, mirroring the cellular growth of the human body. It offers the potential for unlimited kingdom expansion. It encourages people to reach out to the lost. It forces new leaders to step up and take the reins.

No wonder most small group gurus, church consultants, and pastors with a passion for evangelism and church growth swear by the concept.

But what about those who are in a small group? Fact is, they tend to see it differently—very differently. They generally hate the idea. They don't swear by it. They swear at it.

If you don't believe me, start asking people in churches where small groups are pressured to multiply by dividing. Ask them what they think of the empty chair they're supposed to fill during each session, and the expectation that they'll help grow the church by growing and then dividing their group.

Except for pastors, staff members, and church leaders who are professionally responsible for the growth of the ...

When and How to End Well

Learn how to end your group in a healthy way.
Rick Howerton, Heather Zempel, Peri Gilbert, and more
Article

How to Give Away Your Small Group

A new strategy for trauma-free multiplication
by Joe Windham
Article

Cell Biology for the Church

Downsizing can be a scary word—but it's sometimes good to break large groups into smaller groups.
Esther M. Bailey

Why Dividing Small Groups Is a Dumb Idea